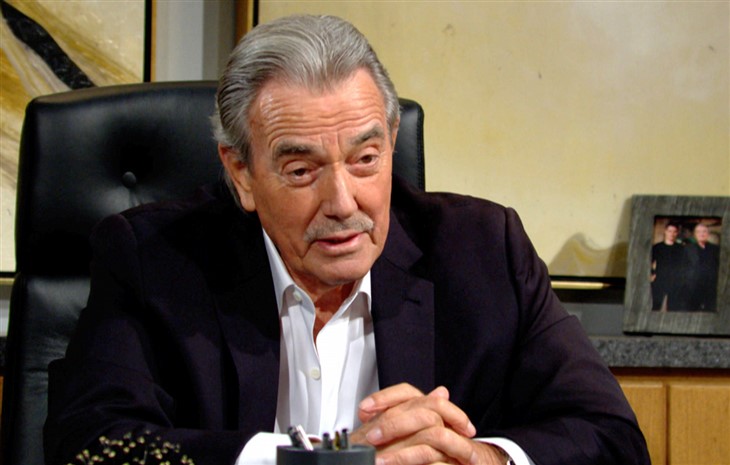 The Young and the Restless spoilers for Thursday, November 4, 2021, reveal Victor Newman taking his hate for Billy Boy Abbott to the next level. This has become like an obsession with him but it can’t be healthy. However, neither is Billy’s obsession with Ashland Locke and Victoria.

The Young And The Restless Spoilers – Will Lily Winters Pay For Billy Newman’s Bungles?

The Great Victor Newman (Eric Braeden) has never liked Jack Abbott’s (Peter Bergman) little brother, Billy (Jason Thompson). After all, he never did right by Victoria (Amelia Heinle) and has been a failure in every way in his life. He finally seemed to find success with ChanceCom and in his relationship with Lily Winters (Christel Khalil), but his determination to bring Ashland (Richard Burgi) down and stop Vicky’s wedding has Lily disturbed and ChanceCom on the line because now Victor wants it just to get back at Billy for being Billy.

On Thursday, he plots and plans out his next steps. He and Adam Newman (Mark Grossman) are determined to bring Billy down at any cost.

Abby Newman (Melissa Ordway) still can’t believe Chance is gone but at least she’ll have someone to commiserate with as Nina Webster (Tricia Cast)returns to Genoa City after learning what happened to her son.

She had stuck around so long during Mariah’s (Camryn Grimes) pregnancy that it was surprising she even left. It was also odd not to see her till now since Abby got this news two weeks ago. Will Nina believe her firstborn is really gone or will she join Victor and Ashley Abbott (Eileen Davidson) in their quest to find out what really happened?

The Young And The Restless Spoilers – Sutton Ames Pushes His Luck

Amanda Sinclair (Mishael Morgan) has finally made up her mind about what to do at her grandfather’s trial but she wasn’t counting on Sutton Ames (Jack Landron) coming back into her life and laying down some threats.

Will she decide to fight back or want to leave well enough alone? If she fights back, Sutton may regret the day he ever insisted his daughter give up her children. Are we in for some courtroom fireworks? Stay tuned to the Young and the Restless weekdays to see how these stories play out.

B&B Spoilers: Brooke Takes A Deep Dive Into The Past