Y&R Spoilers: The Search For Mariah Heats Up – Chelsea Manipulates 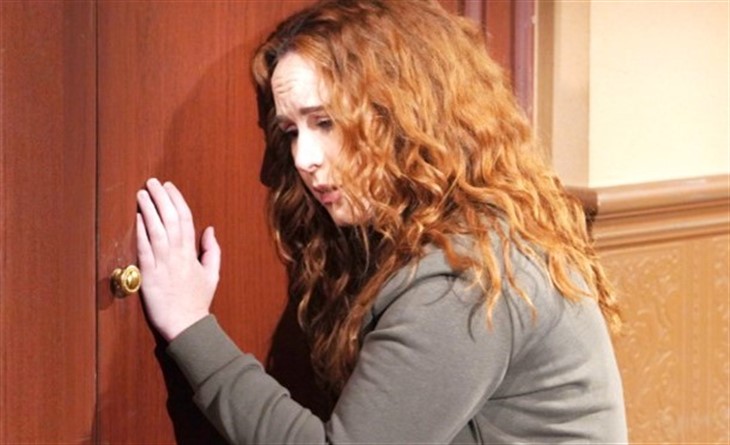 The Young and the Restless (Y&R) spoilers for Wednesday, August 11, 2021, reveal Mariah’s loved ones finally realize something may be very wrong and she didn’t leave town for rest and relaxation after all.

Mariah (Camryn Grimes) has been missing for weeks on end, only sending a few group texts to explain that she is doing just fine and just needed some time away. Tessa (Cait Fairbanks) and Abby (Melissa Ordway) argued for a bit about who was responsible for Mariah wanting to leave and then decided it was neither of their faults. As Abby continued to whine that she was missing Chance and so much of the pregnancy, Tessa realized Mariah is most likely in trouble and nobody took her seriously…until now.

On Wednesday, Sharon (Sharon Case) and Tessa receive a cryptic text from Mariah that raises red flags. Is this text really coming from her and trying to convey a secret message or does her captor send the text? Either way, Sharon finally decides to do something about her daughter’s disappearance and asks Rey (Jordi Vilasuso) to track her down.

Phyllis (Michelle Stafford) did everything she could to make sure Summer could return to Genoa City and Kyle (Michael Mealor) and live happily ever after. Sadly for her, Kyle went to join Summer (Hunter King) in Italy and the pair decided to stay overseas and live happily ever after. So, Phyllis made her daughter happy, but she’s miserable and will miss the only kid she has had around in years.

Jack (Peter Bergman) is also miserable because he realized the extremely young woman he was falling for was a big liar and he now lost his son, too. Of course, both Jack and Phyllis can go visit their kids in Italy any time they want, but for now, they will just drown their sorrows together.

Chelsea (Melissa Claire Egan) is all smiles when she and Adam (Mark Grossman) share a video call. She seems perfectly reasonable and sane when she asks to see Connor (Judah Mackey) again, despite the fact that Adam has now sent him to camp. Will Adam be agreeable and reunite mother and son or will he realize something is still off with Chelsea? Stay tuned to The Young and the Restless to see how these stories play out.