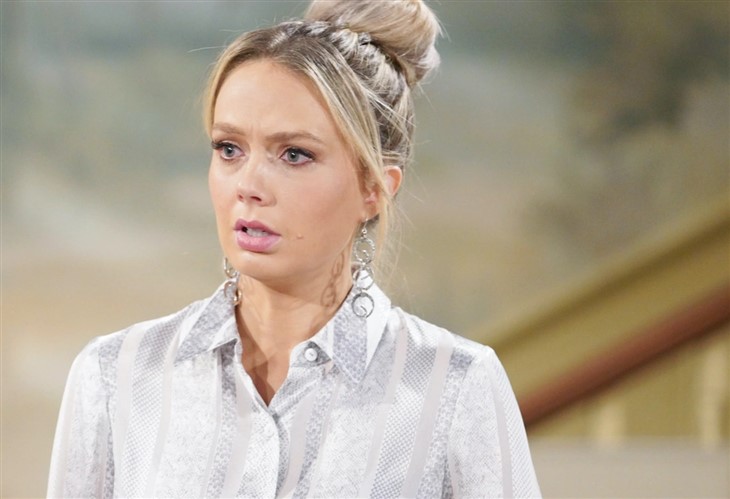 Abby (Melissa Ordway) has been spending hours going through Chance’s things. All his medals and commendations are there in a box and she thinks he is trying to tell her something. She thinks she even finds a clue as to what happened to him. She has no idea her family is desperate to find her and not sure at all that she will be ok.

She left her baby with Devon Hamilton (Bryton James) and he is not even sure how to handle a baby. He also fears getting too close to Dominic and then having him taken away from him whenever Abby returns. To that end, he teams up with The Great Victor Newman to find Abby — and neither of them has any idea that Abby thinks she has news for them. After all, she sent out a distress call but it’s not what they think.

Billy Abbott (Jason Thompson) and Lily Winters (Christel Khalil) finally know they walked right into Victor and Adam Newman’s (Mark Grossman) trap and were snowed by Jesse Gaines (Jamison James). They fell for everything and now they could lose ChanceCom in the process. And, Billy being Billy, he makes an attempt to fix things on Friday but he only ends up making things worse. When will Billy ever learn? When will Lily ever learn?

The Young And The Restless Spoilers – Ashland Locke Doles Out Advice

Ashland (Richard Burgi) still can’t believe Billy and Lily published that story or at least fell for a trick that got that story published. However, he knows that Lily is not as responsible as Billy is for this so he decides to offer her some unsolicited advice.

Is he going to tell her to cut her losses with this foolish man or will he ask her to join Newman Media just like Adam asked? Stay tuned to the Young and the Restless weekdays to see how these stories play out.

Days Of Our Lives Spoilers: The Lani And Paulina Confrontation You’ve Been Waiting For