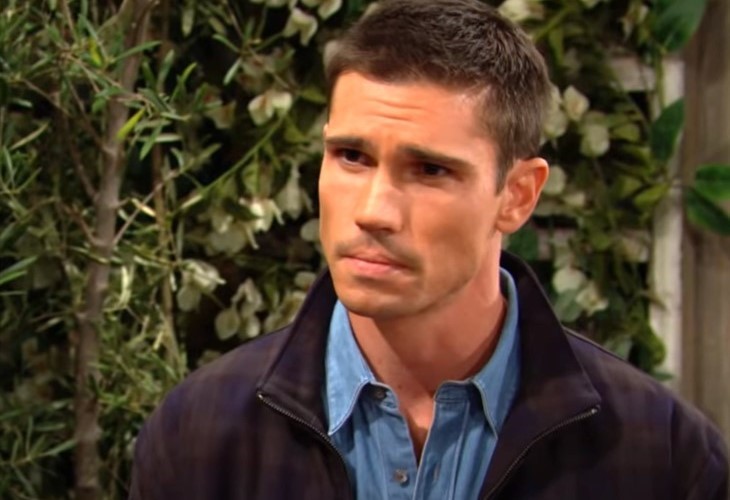 The Bold and the Beautiful spoilers for Monday, November 22, 2021, reveal Jack Finnegan finally telling his son the truth after a lifetime of lies.

All of his life, Thomas Finnegan (Tanner Novlan) has believed he was adopted and was shocked when his biological mother found him on his wedding day. He soon learned she was his new bride’s mortal enemy who had done crazy and terrible things to the Forrester and Logan families. But for some reason, he didn’t bother asking who his biological father is until recently and now it’s time for Jack (Ted King) to fess up.

He already confessed the truth to his wife, Li Finnegan (Naomi Matsuda), and she was both shocked and angry and demanded he tell Finn. Then, she put him on the spot right in front of Steffy (Jacqueline MacInnes Wood) and Finn, so on Monday, Jack has no choice but to tell his adopted son that he’s really his biological son. How will Finn react to such a lie and will it ruin his relationship with his father forever? More importantly, what will crazy Sheila Carter (Kimberlin Brown) do now that the truth is out? Does she think this is key to her having a relationship with her son?

Paris Buckingham (Diamond White) finally thought her life was on track. She has a place to live and a platonic roommate in Thomas Forrester (Matthew Atkinson). She also now has a boyfriend in Zende Forrester (Delon De Metz) and they finally took things to the next level, but then here comes Thomas confessing romantic feelings for her.

Paris is not quite sure what to say to Thomas. She thought they were just friends and had no idea he wanted to be more. Well, now she does and is a bit confused. Could she be developing her own feelings for Thomas she tried to deny because of Zende? Or will she have to let Thomas down easy, which doesn’t always go well. Thomas will either revert to form or try to stay sane. Hopefully, there aren’t any mannequins around that look like Paris… Stay tuned to The Bold and the Beautiful weekdays to see how this story plays out.