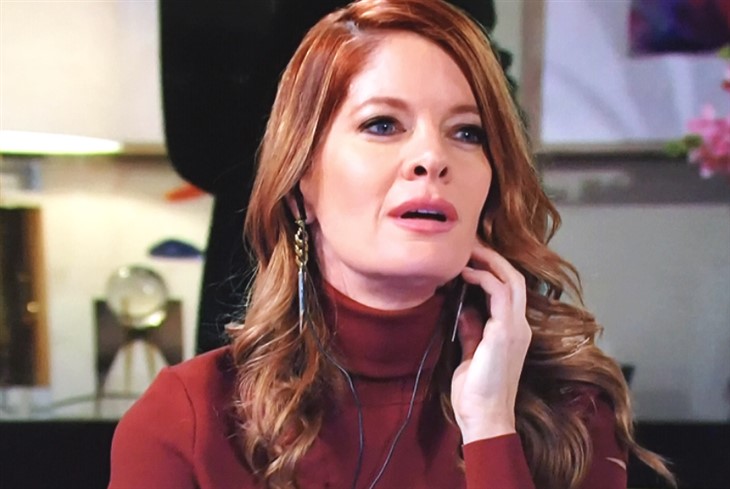 The Young and the Restless (Y&R) spoilers for Wednesday, July 21, 2021, reveal in Genoa City, Wisconsin a determined Phyllis ready to get to the bottom of the Sally-Tara alliance.

The Young And The Restless Spoilers – Phyllis Summers Has Their Number

There’s just something about the calm satisfaction she sees in Sally (Courtney Hope) and Tara (Elizabeth Leiner)that doesn’t sit well with Phyllis. She notices both women have what they want now. Sally has a better job and Jack’s forgiveness while Tara has made herself quite at home in the Abbott mansion. Both of these things happened for these women right after Summer (Hunter King) left town. This leads Phyllis (Michelle Staffor) to believe they planned it that way.

The Young and the Restless spoilers say that Phyllis decides to come clean. Will she befriend one or both of these young women and tell them about her own past in a way to get them to trust her and then spill all? (We’re sure Christine can tell them a thing or ten.) Sometimes you want to keep your friends close and your enemies closer and this is something Phyllis has always known. Watch her put it into action on Wednesday.

Victor (Eric Braeden) is still trying to get over the fact that Victoria (Amelia Heinle) blackmailed him out of his company and that was well over a year ago. Since then she has made move after move he hasn’t liked, but he’s had to put up with it. However, he has to speak up after her latest stunt and when The Great Victor Newman speaks up, you can hear it all over Genoa City.

How dare she merge the company he built from the ground up while not telling him of her plans? And how dare she allow this Ashland Locke (Richard Burgi) to move in with her when she barely knows him. Victor doesn’t want Victoria involved with Ashland in any way, shape, or form. However, we suspect Victor telling his daughter this will only make her more determined to be with Ashland in any way she can during the time he allegedly has left. Stay tuned to The Young and the Restless weekdays to see how these stories play out.