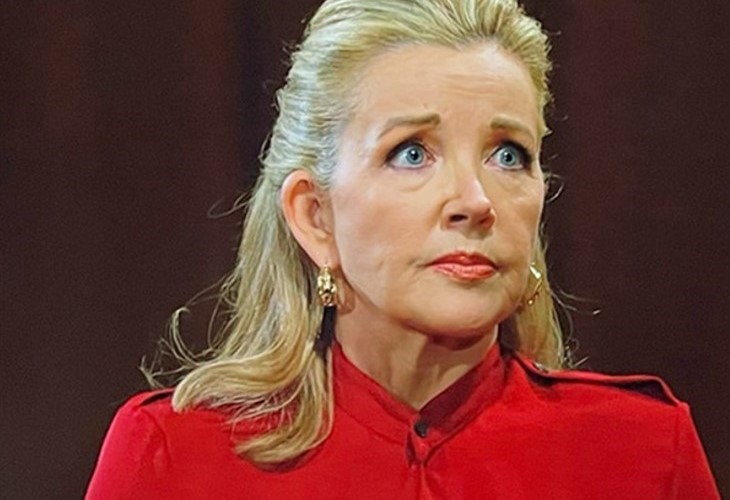 The Young and the Restless spoilers reveal that Nikki Newman (Melody Thomas Scott) believes that Billy Abbott (Jason Thompson) could turn the tables. Nikki warns Victor Newman (Eric Braeden) not to underestimate Billy. Of course, Victor laughs at this but Nikki is right. The war is far from over – Victor has only won the latest battle.

The Young And The Restless Spoilers – Victor Newman Celebrates

Y&R spoilers reveal that Billy and Lily Winters (Christel Khalil) are in panic mode. Billy was using the information about Ashland Locke (Richard Burgi) from Jesse Gaines (Jamison Jones). Even though Billy threatened to publish it, that was never his intention. Billy made a promise to Victoria Newman (Amelia Heinle) and was going to keep it. Billy only wanted to use the information as leverage.

So, he was blindsided when the information was published. Then, things got worse when Gaines claimed that his story was a big lie and even went on air recanting his original statement. Throughout all of this, Victor and Adam Newman (Mark Grossman) think they have finally won the war.

Rey Rosales (Jordi Vilasuso) can’t figure out why Adam is celebrating and acting like he’s won the lottery. After all, anything negative about Ashland will affect Newman Media. While Rey tried to figure it out, Adam made a suggestion that Billy broke the law. Even though Rey is in law enforcement, it would kill him to help Adam in any way. So, this will be a bit of a conflict for Rey and Sharon Rosales (Sharon Case) will likely get mixed up in it.

The Young And The Restless Spoilers – Nikki Newman’s Warning

The Young and the Restless spoilers reveal that on Tuesday’s episode, Nikki warns Victor that he’s underestimating Billy. Nikki even went as far as to say that Victor and Billy are a lot alike. Of course, Victor thinks they are nothing alike. Then, Nikki said that Victor might have won this battle, but the war is far from over.

It is teased that while the blows keep coming for Billy, Lily and ChancComm, they are not completely out yet. Jill Abbott (Jess Walton) is coming to help clean up the mess. Plus, there is a newcomer named Kim Delaney (Roxanne Hart) that could hold the key to the mystery regarding Ashland Locke.

Nikki might be right… Billy and Lily just might turn the tables. If that happens, then Victor and Adam will have a lot of damage control to do. There will also be Ashland’s lawsuit, which could end up being flipped when ChancComm countersues. How will Victoria deal with all of this since she’s now married to Ashland? If Ashland ends being countersued for millions and loses… Victoria will end up paying the price.

Be sure to catch up on everything happening with Y&R right now. Come back often for General Hospital spoilers, news and updates.

90 Day Fiancé: Natalie Says Her Dream Man Likes To Be Under Her Control