Y&R Spoilers: Summer Has A Confession – Amanda Out For Revenge 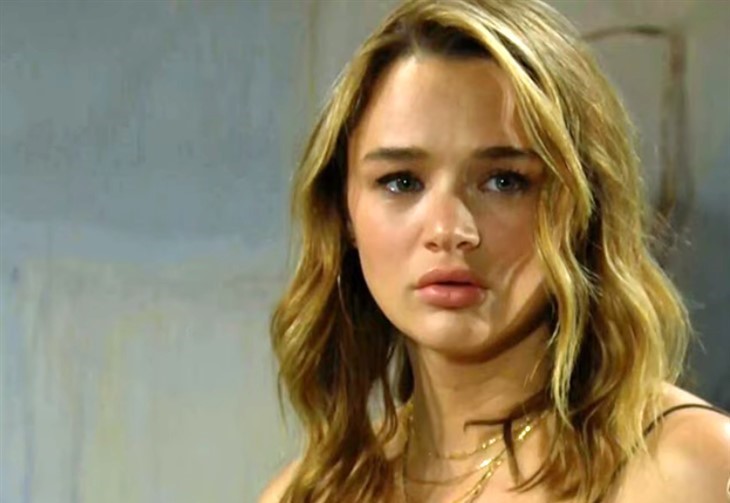 The Young and the Restless (Y&R) spoilers for Thursday, August 5, 2021, reveal in Genoa City, Wisconsin Summer finally coming clean about why she really took off to Italy.

The Young And The Restless Spoilers – Did Phyllis Summers Solve The Problem?

Hell hath no fury as Phyllis Summers (Michelle Stafford) in mama bear mode. She knew from the start that there was something off about her daughter accepting a job in Italy and breaking off her engagement and she was determined to prove it. One swiped cell phone and a trip to Los Angeles later and she was able to get the proof she needed that Sally (Courtney Hope) and Tara (Elizabeth Leiner) were the ones who conspired to essentially steal Summer’s (Hunter Tylo) life. At least Nick (Joshua Morrow) definitely believes her.

That’s why Phyllis and Nick get on a video call with Summer on Thursday and tell their daughter what they know. She has to confess why she really left — Tara threatened that she would leave town with Harrison and Kyle (Michael Mealor) would never see his son again. She apologizes to her parents but the person who really needs to know all this is Kyle himself.

Devon (Bryton James) was shocked that Mariah (Camryn Grimes) didn’t return to Genoa City for her doctor’s appointment, but he doesn’t have too much time to worry about her. Instead, he now has to worry about Amanda (Mishael Morgan). Like her BFF Phyllis, Amanda is one angry woman. She knows in her heart that her grandfather is responsible for her father’s death and was willing to let her mother take the fall for it.

Amanda can’t let that bad deed go unpunished so she hatches a revenge plot. Perhaps she is more like Hilary than we thought because her twin would likely have done the exact same thing. And Devon would likely have tried to talk her out of it. So, Amanda is now his replacement Hilary, he tries to talk Amanda out of going after her grandfather. Will cooler heads prevail or will Amanda get herself in as much trouble as Hilary would? Devon better do some serious damage control to make sure Amanda doesn’t ruin her life. Stay tuned to The Young and the Restless to see how these stories play out.

90 Day Fiance: Steven Frend Gushes At Olga Koshimbetova – Are They Back Together?