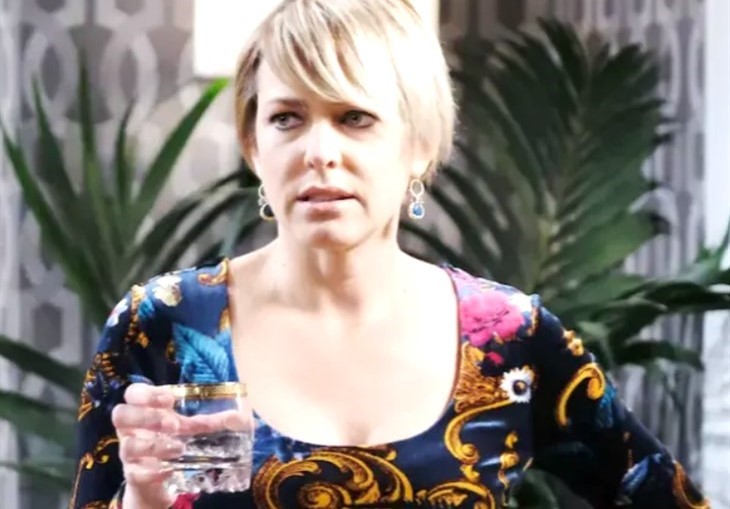 Days of Our Lives (DOOL) spoilers reveal Nicole getting her revenge on Sami for exposing her affair with Xander, but also going it alone as Sami’s machinations also ended Nicole’s marriage. We all know Nicole can’t manage to be alone for long, so who should she end up with next. You tell us!

Days Of Our Lives Spoilers – The Case For Rafe Hernandez

Rafe (Galen Gering) and Nicole (Arianne Zucker) have gotten super friendly over the last year, but she was married and he became even more friendly with Nicole’s BFF, Ava (Tamara Braun). This made Nicole jealous for a while because she couldn’t admit she was developing feelings for Rafe while still married to Eric (Greg Vaughan). And Rafe didn’t pursue Nicole because he didn’t want to interfere with her marriage. Now, Eric is out of the picture so it’s possible that she and Rafe can give it a shot. Of course, this might also drive Ava crazy again, if she isn’t still crazy already.

Nicole and EJ have been together before so why not try it again now that both of their marriages have blown up. EJ might even be grateful to Nicole for informing him that Sami (Alison Sweeney) was sleeping with Lucas even though he knows she only did it because Sami exposed Nicole’s affair. Arianne Zucker seemed to have chemistry with Daniel Feuerriegel and it could be an interesting match now that both characters are single. Nicole might even go back to her manipulative ways, which is much better than the life of crying she has had for the last few years.

Days Of Our Lives Spoilers – The Case For Brady Black

Brady (Eric Martsolf) and Nicole have also been together before and Brady and Eric had more than one fistfight about that as they both fought to be the man she would choose. Nicole ultimately chose Eric but has remained friends and business partners with him. Brady is also now single now that he realized Kristen (Stacy Haiduk) is not sane enough to make a good partner, so perhaps Nicole and Brady can give it another try. It’s not like they’re not with each other every day. So, which man is right for Nicole? Let us know in the Days of Our Lives poll below.

Y&R Spoilers: Summer Has A Confession – Amanda Out For Revenge