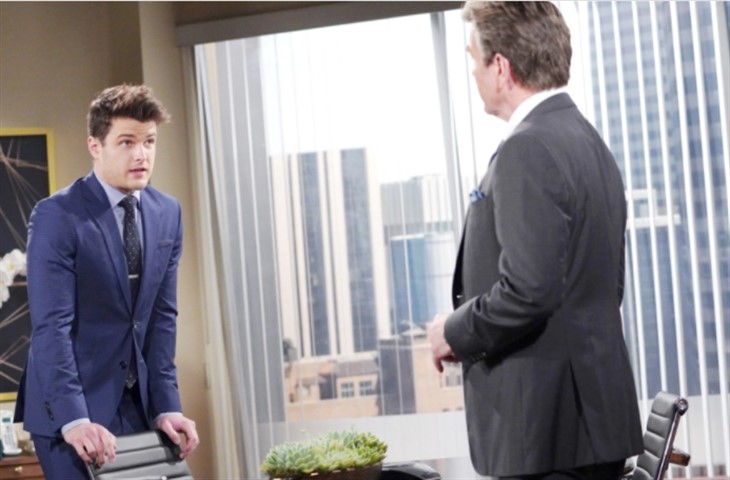 The Young and the Restless (Y&R) spoilers for Tuesday, August 3, 2021, reveal in Genoa City, Wisconsin Tara coming under fire when Jack and Kyle have a whole lot of questions.

The Young And The Restless Spoilers – Is The Jig Up For Tara Locke?

No matter how much Sally (Courtney Hope) begged and pleaded for a man twice her age to forgive her and begin romance anew, Jack (Peter Bergman) couldn’t do it because of how hard it is to trust Sally. She’s been caught in too many lies and now so has Tara (Elizabeth Leiner).

Although Tara goes into tomorrow still thinking she has Jack and Kyle (Michael Mealor) wrapped around her little fingers, it looks like she is losing her grip in more ways than one. She looks as if she is going to crack under the pressure as Jack and Kyle question her about many of her recent moves since moving to Genoa City. Do they finally have her number or will she be able to talk herself out of this one?

Meanwhile, Phyllis (Michelle Stafford) is on the case, determined to get the proof she needs that Sally and Tara ran Summer (Hunter King) out of town. She hops a plane to LA and meets with The Bold and the Beautiful’s Eric Forrester (John McCook). Eric is sure to tell her that Sally showed up in LA and begged him to recommend Summer for that job in Italy. He should have known she was up to something but at the time Eric was preoccupied with how to keep his wife happy, not knowing she was cheating.

We’re sure Phyllis can’t wait to make her way back to Wisconsin and prove to everyone that she was right all along.

The Young And The Restless – Should Victoria Newman Watch Out?

We still have Newman corporate drama as Adam (Mark Grossman) contemplates getting back at Victoria (Amelia Heinle) for her latest business moves with Ashland Locke (Richard Burgi). However, Victor (Eric Braeden) tries to convince his son and back off because Victoria doesn’t need this trouble right now. Will Adam actually listen this time or do whatever he wants, as per usual? Stay tuned to The Young and the Restless weekdays to see how these stories play out.