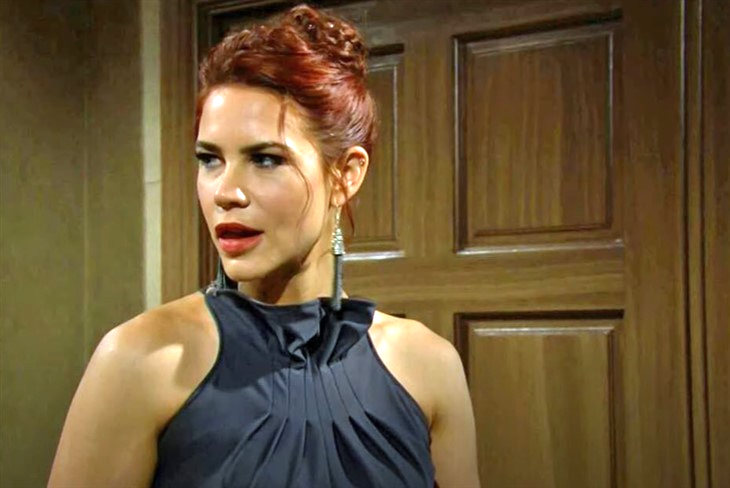 The Young and the Restless (Y&R) spoilers document that Sally Spectra’s (Courtney Hope) talk with Adam Newman (Mark Grossman) at Society revealed something intriguing. Though longtime fans might say that Adam’s comments reaffirmed what they knew.

Adam does not like or trust Billy Abbott (Jason Thompson). But that is not news. Instead, Sally’s read on the man she hopes to eventually wed was spot on.

Billy has Adam’s number because of the Delia Abbott (Sophie Pollono) accident. Adam believes he is responsible for her death, which has never been fully resolved, beyond a reasonable doubt, in Y&R’s lore.

Sally rightly pointed out that Grossman’s character sees Billy as a real threat. Adam did not deny Sally’s point but deflected to his feelings, which he knows she is focused on.

The Young And The Restless Spoilers – Victor Newman Underestimates Billy-Boy

Victor Newman (Eric Braeden) is arrogant. His well-worn trait means that the Moustache is prone to underestimating others, most especially the man he refers to as a boy.

Billy has been a threat to Victor for years because of the love Victoria Newman Locke (Amelia Heinle) had for him. The past tense was used because, while she still cares about Billy, Victoria’s new soul mate is Ashland Locke (Richard Burgi).

Billy would refer to Ashland by his real name, Bobby Defranco. Jesse Gaines (Jamison Jones) would do the same.

The connection between Billy and Jesse should concern Victor. It does not.  Adam fronted a total lack of concern when speaking with Billy at Society’s bar. But he knows that Billy will not stop until something happens. That something could be finding Gaines or never seeing him again. No matter, Billy was, is, and will remain on Adam’s back forevermore.

As a father, Adam understands Billy’s demeanor. He would likely feel the same if, God forbid, Billy had been involved in an accident that involved Connor Newman (Judah Mackey) or Christian Newman (Alex Wilson).

It appears as though Adam took an order from Victor and made Jesse disappear. So, Billy can not use Jesse’s knowledge now, but the pursuit continues. That means Billy’s never-ceasing attempt to bring Adam down now includes the ask of Rey Rosales’ (Jordi Vilasuso) involvement.

Billy renewed his hunt for Adam within the last few years for various internal demon reasons. The Jesse search is the latest proxy in this unending personal war.

The Vashland wedding was just another opportunity Billy used to go off-course. That is one advantage Adam recognizes. Billy’s focus becomes clouded when he tires or suffers from mental exhaustion.

How Old Is Sonny Corinthos On General Hospital?