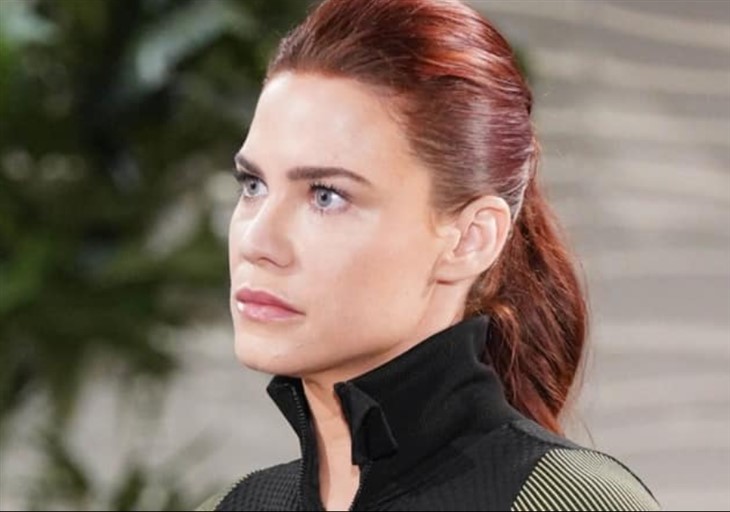 The Young and the Restless spoilers document that Sally Spectra (Courtney Hope) was knocked offline by a series of personal and professional events. All of those setbacks arguably resulted through her own doing.

After the Victor Newman (Eric Braeden) summons, Sally knows that she is making progress. Adam Newman (Mark Grossman) became her latest target. He did not like pops interfering with this Newman Media employee who also might be on her way to being his next love interest.

Victor is familiar with people who want to use him or his family to social climb. That is the tag he applied to Sally after Adam happened by the Ranch during a soapy coincidence.

What were the odds that Adam would be going to the Ranch at the same time that Victor asked Sally to be there? But the plot technique allowed Grossman’s character to learn that his father was grilling Sally about what she did to Summer Newman (Hunter King) and that he knew her intentions were where Adam is concerned.

Adam chose a reform path and is walking on it. Victor senses that Sally’s erratic backstory and aggressive nature will lure Adam off-course.

Sally knows from her past experiences in Los Angeles, California, that she can achieve success. But Hope’s crossover character also realizes that her self-destructive tendencies undercut progress.

Having been forced to leave LA was hard. But that experience did not prevent Sally from sabotaging the rapid advances she made in Genoa City, Wisconsin.

Taking on Summer was wrong and proved to be disastrous. Sally lost a plum gig as the head of Jabot Collective and alienated Jack Abbott (Peter Bergman) in the process of doing so.

Jack was open to Sally, giving her a full pass on her past. But current-day actions broke Jack’s trust, which caused him to stop Jally before she could break his heart.

The Young And The Restless Spoilers – Adam Newman Reverts To Form?

Phyllis Summers (Michelle Stafford) has become the sage of GC. She calls them as she sees them. In modern times Phyllis is not always doing so to get a rise out of whomever.

Adam heard Phyllis’ comments about his slippage. She was skeptical about his attempt to reform. Seeing him with Sally at the Newman Media launch party checked the bad boy box once more.

Sally is dynamic, smart, and attractive. Adam is drawn to those qualities and, being single, has no barriers to starting a relationship with her.

Adam is the type of man that Sally likes. She also realizes that his targeted, strategic advice has helped her.

Ally seems just too good to be teased and then discarded. So, TPTB at Y&R seem likely to go for it.