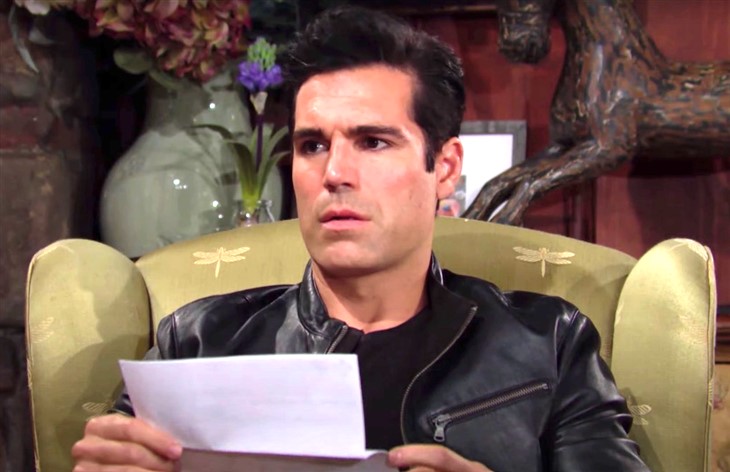 The Young and the Restless (Y&R) spoilers document that Rey Rosales (Jordi Vilasuso) was thinking that Adam Newman (Mark Grossman) may have kidnapped Mariah Copeland (Camryn Grimes). That was a stretch, as a lack of substantial leads caused Rey to once again project his frustrations toward his rival for Sharon Rosales (Sharon Case).

However, Y&R fans are wondering if the scenario Rey was considering applies to Ben Stitch Rayburn (Sean Carrigan) instead. Rather than thinking that Adam had Mariah kidnapped, so that he could invent a rescue scenario where he plays the hero, that twisted plan might be what Carrigan’s character is pursuing.

The Young And The Restless Spoilers – Considering Circumstantial Evidence

Devon Hamilton (Bryton James) began looking at Stitch with a considered take during the doctor’s most recent reappearance in Genoa City, Wisconsin. Carrigan’s character previously said that he was hired to be GC Memorial’s Chief of Surgery.

However, Devon later learned that Nate Hastings (Sean Dominic) was hired for that prestigious role. So, it appeared as though Stitch was lying for some unknown reason.

When presented with the news about Nate, which was delivered in front of Abby Newman Abbott Chancellor (Melissa Ordway), Stitch responded with restrained emotion. He said that the hospital needed him to start right away. He was unable to do so because of his son’s, Max Rayburn (Jared Breeze), health status.

Y&R Spoilers – Confirmation Point Needs To Be Made

It would seem easy to confirm that Stitch was actually offered the Chief of Surgery position. If so, then his explanation would match what’s been said.

But if it isn’t true, then Devon will certainly let Abby know. That would lead to questioning Stitch’s actions and eventually, whether he’s the kidnapper.

Alternatively, it could be that Stitch lied about the hospital job, but isn’t guilty. He’s just caught in a nostalgic frame of mind and is taking advantage of Chance Chancellor (as last played by Donny Boaz) being out of town.

The Young And The Restless Spoilers – Villain Exists In Plain Sight?

Stitch will definitely require mental health treatment, in a legally assigned facility, if he has been holding Mariah hostage this summer. That fact that she is a selfless surrogate compounds the unjust nature of what’s happened. So, whoever is responsible must face a just consequence.

Fans of Carrigan and his character are hoping that Stitch’s erratic behavior is fully connected to the serious health issues he claims Max is battling. No one wants to see Stitch devolved into a villain, but he does appear to be guilty as of now.

Noah Huntley Joins Days Of Our Lives: Beyond Salem Cast