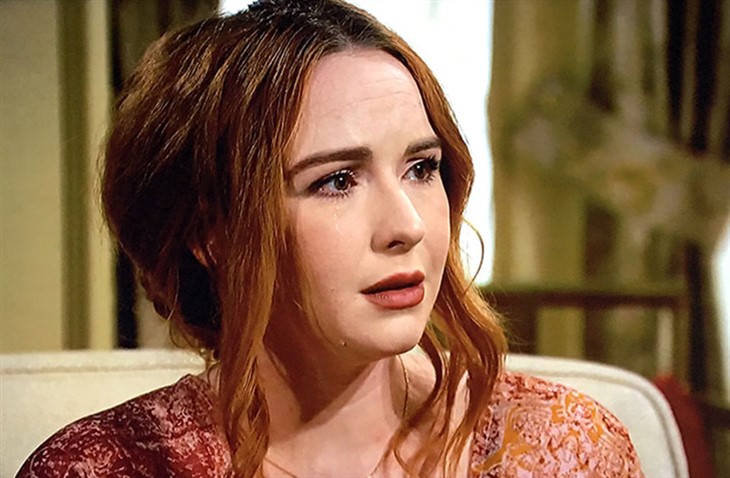 The Young and the Restless spoilers reveal that Devon Hamilton (Bryton James) will ask for more time with Dominic Newman-Abbott-Chancellor (Rainn and River Ware). This makes Mariah Copeland (Camryn Grimes) wonder what kind of role she has in the boy’s life. Despite her baby plans with Tessa Porter (Cait Fairbanks), could Mariah follow in Devon’s footsteps?

The Young And The Restless Spoilers – Devon Hamilton’s Request

Y&R spoilers reveal that Devon talks to Chance Chancellor (Conner Floyd) and Abby Newman-Abbott-Chancellor (Melissa Ordway) about his time with Dominic. Devon wants more time with the child, but that’s not all. Devon also wants overnight stays and unsupervised visits. Abby is stunned but also wary of Devon’s request because she considers it as him asking for shared custody. Devon also wants the legal agreement updated to reflect these new changes, if Chance and Abby agree with it.

Meanwhile, Tessa has agreed to start a family with Mariah. At first, Mariah is suspicious as she wants to be sure Tessa isn’t doing it just to make her happy. However, Tessa assures Mariah that it’s the right time. When Mariah first brought this up to Tessa, she wasn’t in the right frame of mind and it was for the wrong reasons. So, Mariah and Tessa will start this new journey but they will soon hear about Devon’s request regarding Dominic.

The Young And The Restless Spoilers – Surrogate Dilemma for ‘Chabby’

The Young and the Restless spoilers reveal that co-executive producer and head writer Josh Griffith gave the 2020 preview to Soap Opera Digest. In that interview, he teased what to expect with Dominic, Chance, Abby, Devon as well as Mariah. Speaking of Chance and Abby dealing with Devon’s request, the couple considers it a dilemma.

As far as Mariah is concerned, she will continue planning a future with Tessa. However, when she learns of Devon’s request for shared custody, Mariah will question her own role in Dominic’s life. Despite planning on having a child of her own with Tessa, could Mariah follow in Devon’s footsteps and also want more time with Dominic? It certainly is possible, which will only complicate the surrogacy agreement. How will Chance and Abby handle this without having a negative impact on their friendships with Devon and Mariah?

What do you think of Devon wanting a more substantial role in Dominic’s life? Do you think that he has the right to request it, or is he going too far? Will Devon’s request lead to Mariah also asking for more of a role in the baby’s life? We will have to keep watching the CBS soap to see how Chance and Abby deal with this situation.