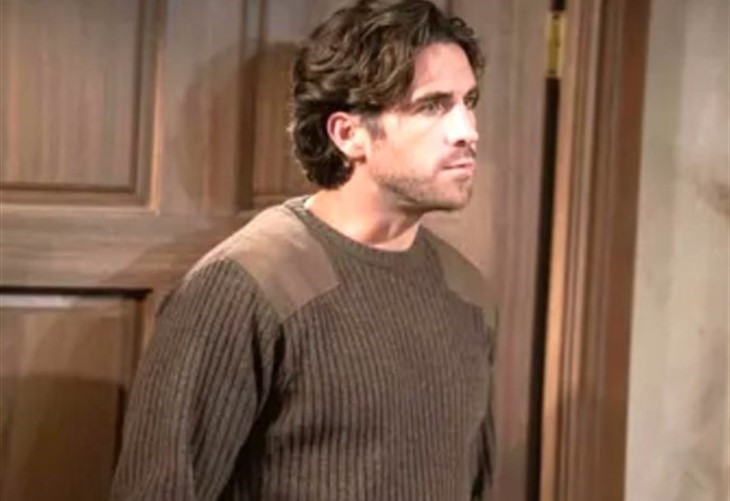 The Young And The Restless Spoilers – Feeling Like A Failure

Y&R spoilers reveal that Chance hasn’t completely opened up to Abby. However, he did admit feeling like he failed as a husband and father. Chance said that he couldn’t give Abby a baby, something she thought they got over a long time ago. Then, Chance feels that he failed both Abby and Dominic by not being there when they needed him the most. Add to this the guilt Chance feels for surviving the safehouse blast and it’s a recipe for disaster.

During the week of December 20, the TV listings confirm that Chance notices Devon and Dominic’s strong bond. So far, we have only seen Chance hold his son once and couldn’t get him to stop fussing. Abby went through that same thing, but Chance doesn’t realize that. When Chance sees that he can’t bond with his son, but Devon can and it could lead to a bombshell decision.

The Young And The Restless Spoilers – Chance Chancellor’s Christmas Photo

The Young and the Restless spoilers reveal that many couples are featured in the Christmas photos released by the network. However, Chance is alone and not smiling in his photo. Where is Abby and could this indicate a “Chabby” split? Previous speculations suggested that Abby could leave her husband due to his PTSD. However, maybe Chance leaves Abby and it could all be spurred by Devon.

Actress Melissa Ordway did tell Soap Opera Digest that the situation with Chance and Abby would get worse before it gets better. More recently, the soap star told the magazine that the issues with Chance are a lot harder than Abby ever imagined they would be.

“Things are a little shaky. There’s just a lot of things that Chance is trying to come to terms with, so this is a lot harder than Abby thought it would be.”

So, could seeing Devon and Dominic’s bond make Chance feel like he’s completely failed? Will it result in Chance leaving Abby, thinking she would be better off without him? Tell us what you think Chance will do when he notices Devon and Dominic’s strong bond. In the meantime, remember to keep watching the CBS soap to find out what happens next.

Be sure to catch up on everything happening with Y&R right now. Come back often for The Bold and the Restless spoilers, news and updates.