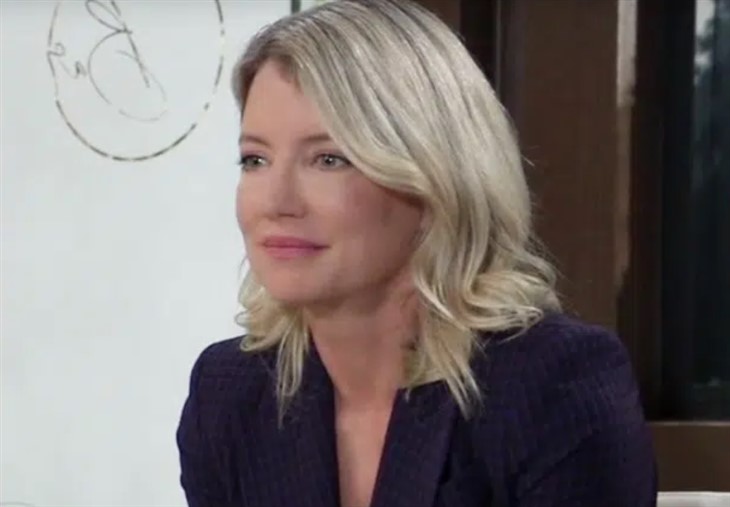 General Hospital (GH) spoilers for Wednesday, December 29, 2021, reveal Sonny Corinthos having a whole lot of explaining to do to Carly, who looks like she just might explode.

Never mind that Carly Corinthos (Laura Wright) barely looked for Sonny (Maurice Benard) when the authorities told her he was presumed dead and that she had married Jason Morgan (Steve Burton), decided he was the love of her life, and was ready to sleep with him when Sonny suddenly returned from the dead.

Sonny was in love with Nina Reeves (Cynthia Watros) while living as a bartender named Mike so she is absolved of all sins and Sonny and Nina’s were greater than hers. Because she is Carly. Sonny does his best to try to explain things to his wife, but Carly isn’t having it.

Meanwhile, Carly’s dimwitted son, Michael Corinthos (Chad Duell), who got them into this whole court mess, is sure the judge will see right through Scott Baldwin’s (Kin Shriner) tactics. Well, when the judge makes a decision, we will see if that is true.

GH Spoilers – Stella Henry Knows More Than She Will Say

There is clearly something more to Marshall Ashford (Robert Gossett) than meets the eye and Stella Henry knows exactly what it is. While she won’t give any specifics, she does tell Portia Robinson (Brook Kerr) that if Curtis Ashford (Donnell Turner) ever knew the truth it would crush him.

Elsewhere, Curtis learns Marshall is looking for an apartment and warns him he better not be planning to stay in town for long. And just who was Marshall talking to on the phone when he assured someone he would be following the protocol? Does this show need another long and drawn out mystery?

Josslyn Jacks (Eden McCoy) and Spencer Cassadine (Nicholas Chavez) accidentally run into one another and things become heated when the topic of his girlfriend, Esme Prince (Avery Pohl) comes up. Does Trina Robinson (Sydney Mikayla) also walk into this situation?

Finally, Alexis Davis (Nancy Lee Grahn) tries to go back to college and a professor at Port Charles University tells her she is wasting everyone’s time. Stay tuned to General Hospital weekdays to see how these stories play out.