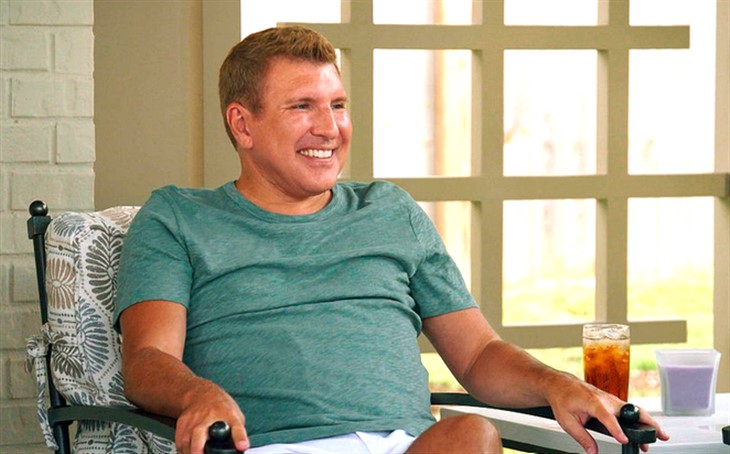 Chrisley Knows Best Season 9 Episode 11 aired on Thursday, October 21, and USA Network fans thought it was simply hilarious. Well, this article contains spoilers, so if you have not yet watched the episode, this is a spoiler alert! After the episode aired, many nice comments went the way of the family, as so many scenes got them rolling with laughter. What went down? Read on to find out

Something happened to Julie’s car. And no, beginner driver, Grayson didn’t crash it, or take it for a joy ride. So, when it disappeared, was it stolen? Nope, the frantic hunt for it revealed that Savannah and Chase were involved in the disappearance. The two oldest kids of Julie and Todd often get up to shenanigans. However, this time, they didn’t plan to do anything. For once, Chase made a rational decision. However, Todd really didn’t appreciate their interference. Mind you, he also seemed party to blame for the disappearing car that he purchased for Julie’s wedding anniversary.

The Chrisley Knows Best show revealed that Todd purchased the car because it was the same model as the one Julie owned years ago. In fact, he told Chase and Savannah, that Chase was “conceived” in it. However, he just parked it at their place and left. Not knowing whose car it was, Savannah said they got it “towed” away. That’s because it blocked the entranceway. Actually, they asked around but nobody knew who owned the old heap. So, after Todd spoke with them, they rushed off to look for it.

Funny scene after funny scene followed as the two young adults hunted around car lots and junkyards. Bitten by mosquitos and keeping a careful eye out for snakes, they made fans laugh a lot. Eventually, they found it, and then they had to pay to take it away. Chase hated paying so he seemed unhappy, Nevertheless, the car returned to its rightful owner. Appreciating the amusing episode, fans took to Twitter and Instagram to chat about it.

One fan tweeted, “chrisley knows best really funny ashit.” Meanwhile, other fans just loved the wholesome fun of the show. Over on Instagram, Chrisley USA shared the teaser for the episode. So, fans went there to compliment them on the funny episode. In fact, they also said other nice things about the whole family. 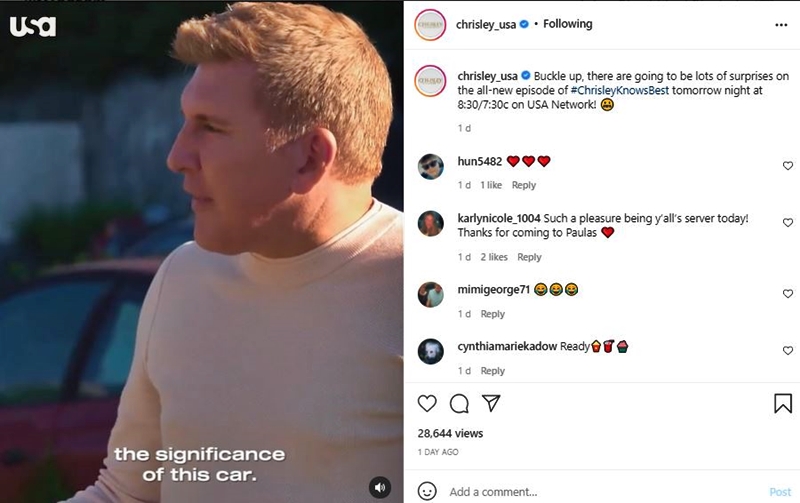 One delighted fan wrote, “Other people out there mostly the Kardashians can learn something from their show, no cussing family love an absolutely beautiful kids❤️❤️.”

Then another impressed fan noted, “I enjoy watching y’all 💯💯.”

Be sure to catch up on everything happening with the Chrisley family right now. Come back here often for more Chrisley Knows Best spoilers, news, and updates.