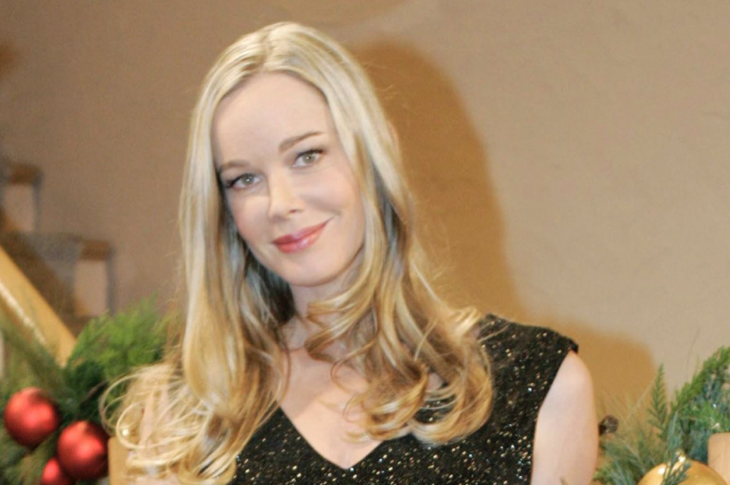 The Young and the Restless (Y&R) alum Jennifer Gareis shares a sweet picture and pens a beautiful tribute to her first soap opera role, Grace Turner. She said that coming to Los Angles changed her life for the better. While Gareis is now on Bold and the Beautiful as Donna Logan, she began her soapy career as the gorgeous and sleazy Grace Turner.

Grace was a gorgeous blonde who had eyes for Nick Newman (Joshua Morrow). She was also Nick’s then-girlfriend, Sharon Collins’ (Sharon Case) best friend. Nick made it clear that he loved Sharon, but that didn’t stop Grace. She kept putting the sexy moves on him.

One day, Grace slept over their house after Noah was born. Grace slept in the nursery, as Sharon often did. Nick slept with Grace, thinking it was Sharon. Grace used it against Nick. It led to marriage trouble between Sharon and Nick.

Grace is one of those characters that many love to hate. You want to root for her, but also enjoy it when someone takes her down.

Gareis realizes that without her time on Y&R, she wouldn’t have the career she has now. She tweeted her appreciation to her humble beginning and to her first co-stars.

She posted a picture of Sharon Case, Joshua Morrow, Nick Scotti and herself. Her followers responded with encouragement on how much they enjoyed her as Grace. Many had expressed hope that Grace will return to Genoa City one day.

Can you believe it has been 22 years since Grace Turner first appeared on Y&R? Don’t forget to come back for more The Young and the Restless spoilers, news, and casting updates!