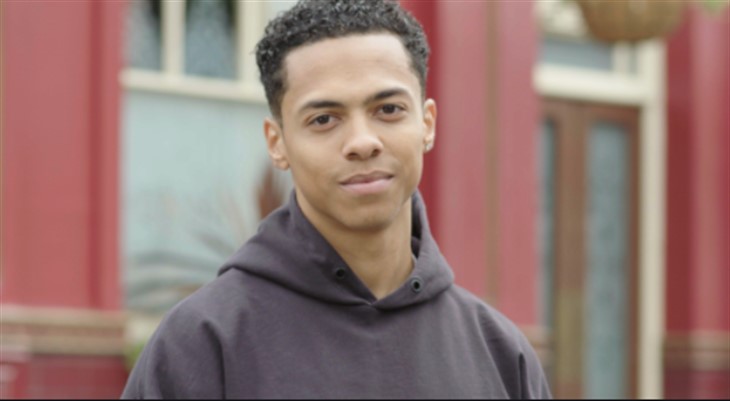 BBC Eastenders spoilers and updates reveal that Zack Morris gave an update on Keegan Butcher-Baker’s marriage when new episodes air again? Is he still insisting on distancing himself from Tiffany Butcher-Baker (Maisie Smith)? Or do “Teegan” come back together as a couple? Find out what the actor had to say about what fans can expect.

When Keegan and Tiffany first came together as a couple, they fell in love right away. After a passionate scene, the young man asked Tiffany if she wanted to get married. It was surprising since they hadn’t been together that long and were so young. However, she said yes to his unplanned proposal.

However, not everyone was on board. In fact, most of their loved ones took extreme measures to prevent the two from getting married. Despite all of those objections, they fought to be together and tied the knot.

Eastenders spoilers reveal that married life was not easy for Keegan and Tiffany. However, they got through each challenge together. But there is only so much that a couple can take before the obstacles start to wear down their relationship. We have seen this happen over and over again with the newlyweds.

Adding to the stress of being a young married couple, Keegan had even more challenges thrown at him. He would get stopped and searched by the police due to racial profiling. He was arrested for a crime he didn’t commit. He partnered up to create a business with a food truck, which was intentionally destroyed. He was denied business loans and no matter what he did, it seemed like the cards were stacked against him. That would make anyone angry and frustrated, which we saw happen with Keegan.

Eventually, Keegan decided that it would be better to leave Tiffany. She was devastated and thought it was her fault. However, he explained that he wasn’t any good for her. Tiffany hoped that they could deal with the issues together, but could Keegan be convinced?

It turns out that the couple does reconcile. Morris confirmed the information on Secrets From the Square, according to Digital Spy. However, don’t expect it to be smooth sailing. It’s a soap opera, so something is going to come along and test their marriage, the actor teased.

“They’ve made up. They were having some problems and relationship issues. They’ve made up and they have moved back in together, so it could be quite nice. It’s EastEnders though so they will be something to test them.”