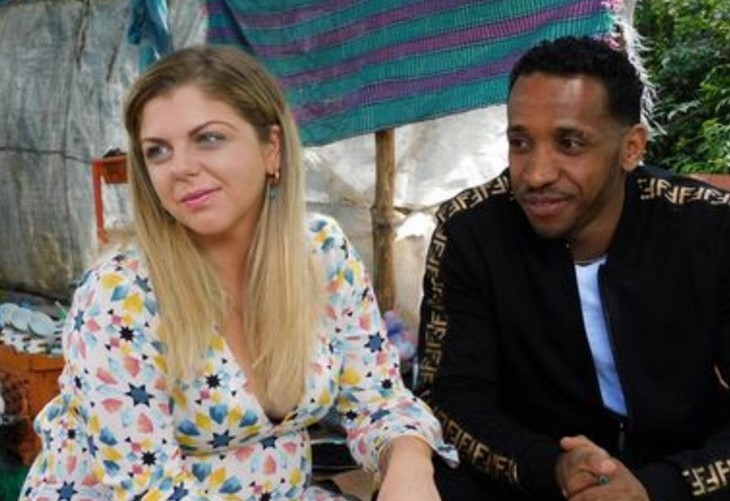 The visit of Ariela Weinberg’s ex-husband, Leandro Fosque, has caused endless criticism from 90 Day Fiancé fans. When she has a heart-to-heart talk with Leandro, the truth starts coming out. Now it looks like Ariela has no real plans to marry Aviel’s father, Biniyam Shibre.

The current season of The Other Way reveals Ariela and Biniyam, living in Ethiopia eight months after the birth of their baby, Aviel. While between seasons fans saw the family of three enjoying life, back on the show it seems things are far from happy.

Fans were outraged to learn that Ariela’s ex-husband, Leandro, was visiting her in Ethiopia. This is especially so after their close relationship is revealed. For one thing, it looks like Ari is having second thoughts about marrying Bini, while he suspects that she may have cheated on him.

TLC 90 Day Fiancé Spoilers – Who Is Cheating Who?

After learning that pregnant Ariela had stayed with Leandro in the US before moving to Ethiopia, Biniyam has been trying to get answers from her ex. However, a plan he made to get revenge truly backfired on him. Bini invited his own ex-girlfriend Tsion for a meal, but to make things worse, she revealed that Bini had cheated on her and married his first wife, Bria.

This led to Ariela calling Biniyam a hypocrite for judging her and Leandro, after he had broken Tsion’s trust in the past. Ariela admitted that he has always worried about Biniyam making a mistake that could ruin their relationship, and his ex-girlfriend’s confession made her even more concerned.

A teaser for episode 3 of 90 Day Fiancé: The Other Way reveals Ariela sitting down and chatting with Leandro. In a confessional, Ariela admits that one of the main reasons for their breakup was the fact that she wanted children and Leandro didn’t. However, he asks her if she is sure this is what she wants for her future, marrying Bini and building a family.

Ariela admits that she does love Biniyam a lot and does believe he wants to marry her. However, she questions whether he knows how to be a husband. They both agree that Bini has a lot to learn. Ari believes and she and Bini need to tackle a lot of issues before they can even think of getting married. She is also aware that Shibre is worried she will leave him, taking Aviel with her. However, she tells Leandro she hopes that if she shows Bini how much she loves him, he will finally understand.

Watch the next episode of 90 Day Fiancé: The Other Way on Sunday at 8 pm on TLC.