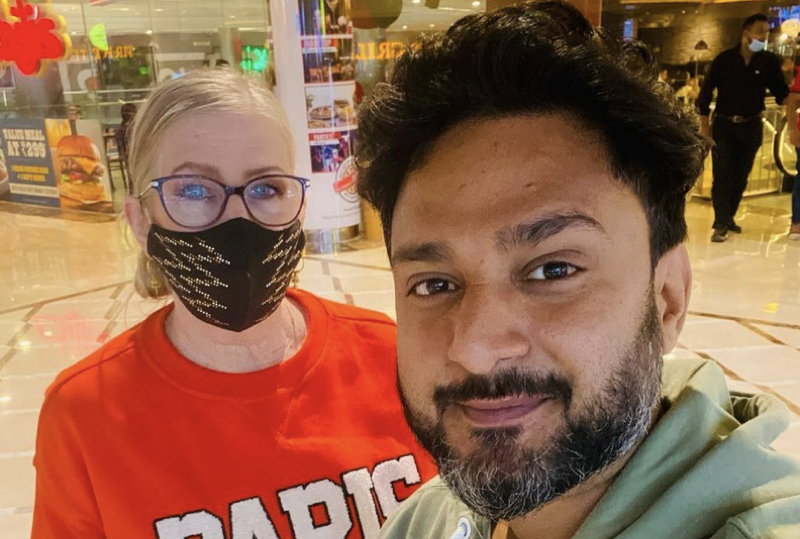 90 Day Fiance spoilers reveal that many viewers think that Sumit Singh’s astrologer is nothing but a fraud. Khalid is the family’s astrologer, but because some of the fans of the show thought there was something off about him, they decided to do some digging. After they revealed what they found, it seems that TLC could have made up this whole storyline.

One of the greatest things that happened on 90 Day Fiance was when Khalid told Sumit’s mother, Sadhna Singh, that she needed to accept Jenny Slatten and realize that she is supposed to be part of their family. Even though Sumit’s mother has been pushing her away and doesn’t want her son to marry her, she decided that since her astrologer told her to accept Jenny, she felt it was time. In fact, he told her, “You shouldn’t interfere in someone else’s house. Eat, drink, have fun. Nothing else. And Jenny will learn.”

When fans did more and more digging on the astrologer, they learned that his name is not Khalid. His name is Brajesh Gautam. He has a YouTube channel of his own and it looks like he takes his time to educate his subscribers on energy, chakras, and opening up your third eye.”

Is He A Fraud?

Reddit users were those who busted this fraud wide open and many of them shared pictures of his YouTube channel and even a closer look at his website. This was the only place that they found more information on him though. One Reddit user pointed out that Sumit’s father said his real name in one of the interviews that he did for 90 Day Fiance.

One Reddit user posted, “I’m a native Hindi speaker and caught something weird that Sumit’s dad said in his interview. Sumit’s dad used a different name for the astrologer in his interview scene with Mommy Sumit. He said he agrees with what Brajeshji said… Before correcting himself and addressing him as ‘Astrologer’. The astrologer’s name is Khalid.” Do you think that this man is a fraud too? You will have to watch 90 Day Fiance to find out.