What Happened To Zende And Nicole On The Bold And The Beautiful? 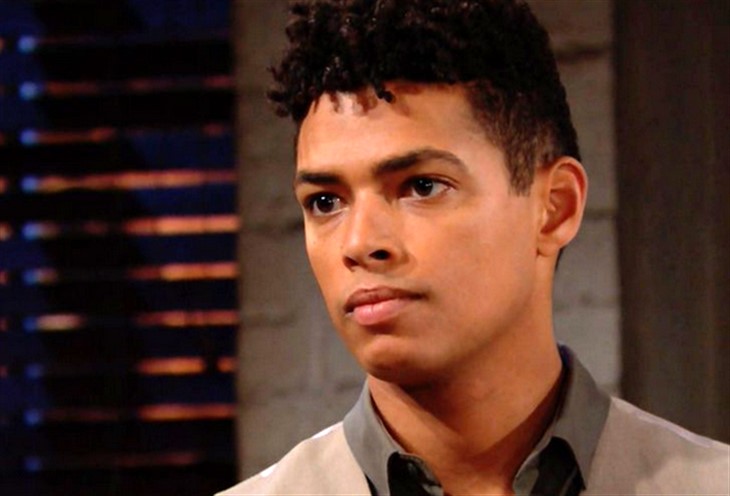 The Bold and the Beautiful (B&B) spoilers say that seeing how Zende Forrester (Delon De Metz) has had his fans full with the Buckingham sisters in this fictional town of Los Angeles, a lot of fans can’t help but wonder if Nicole Avant (last played by Reign Edwards) would return to the canvas as well. Here’s what you need to know.

The Bold And The Beautiful Spoilers – What Happened To Zende Forrester And Nicole Avant?

As many viewers know, Zende has been getting very hot and heavy with Paris Buckingham (Diamond White), while her sister Zoe Buckingham (Kiara Barnes) has been doing her best to intervene. It shouldn’t come as a surprise to anyone that Zoe would be jealous of her sister’s relationship, seeing how Zende is truly the full package: he’s hot, he’s a good dresser, he’s smart and he knows how to treat a woman well.

With that said, a lot of The Bold and the Beautiful fans can’t help but wonder how Nicole would find herself in a storyline like this one. The last time that fans got to see Nicole on the canvas was in early 2018 when she moves to Paris with Zende to work at the international branch of Forrester Creations.

The move came at Maya Avant’s (Karla Mosley) request, as she believed that Nicole was getting a little too close to her adopted Lizzie at the time (which in fact was actually Nicole’s real daughter). Zende ended up coming back to Los Angeles, but Nicole never did, prompting a lot of people to wonder whether or not their relationship fizzled out overseas.

Now, as far as whether or not Reign Edwards herself would return to the canvas remains to be seen but it looks like this young and talented actress has been keeping quite busy. After she left The Bold and the Beautiful, she went on to stay in multiple television series including Snowfall, The Wilds, and MacGyver. She also had a role in Into The Dark and filmed a movie called Love You Anyway.

So far the producers of The Bold and the Beautiful have made no comments as to whether or not they plan on bringing back Nicole Avant, but even soap fans know you can never say never! Watch this space as we have a feeling that a surprise might come our way sooner than later.