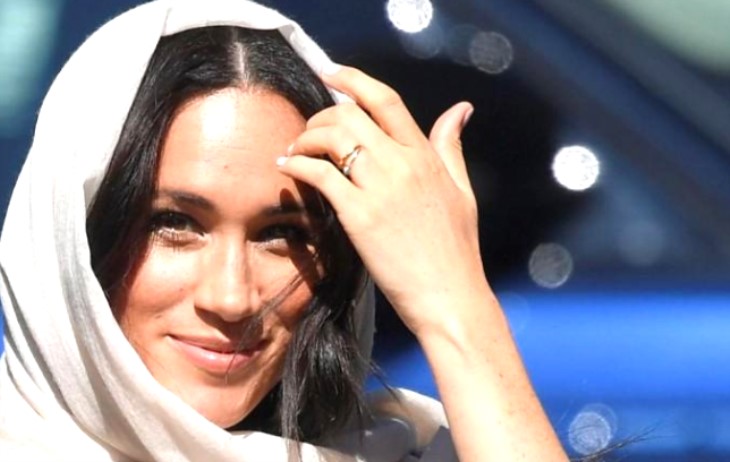 To know her is not to love her in the case of Meghan Markle and Buckingham Palace staff according to one royal insider.

Speaking to The New Yorker, Camilla Tominey a former reporter on all things royal dropped some jaw-dropping comments which shed light on how welcome Meghan was while she was still playing the part of a princess.

Tominey thinks that the working staff was not as impressed by some with Meghan’s glitzy façade. They were, “less enamored of the very qualities that made her irresistible to the press: her showbiz luster, self-confidence, and feminist habits of assertion,” she said.

Ironically, Tominey thinks that the Buckingham Palace workers did like Meghan at first. She chalks this initial regard up to Meghan’s women’s rights advocacy, fab looks, and business-like thinking. Alas, the warm welcome was not to last once Meghan ensconced herself at the Palace.

Pro-Meghan Feelings Quickly Changed Among Those Tasked With Serving Meghan

Once Meghan was there fulltime, the Buckingham Palace staff came to dislike some of the same things they had once admired, including Meghan’s preferred life pace. “I’ve put it down to a clash of cultures, in the sense that she had come from the celebrity world, which is very fast-paced and quite demanding,” Tominey said. “The royal world is very different—it’s much slower-paced, and hugely hierarchical. In the royal world, it’s ‘What should we do next?’ ‘Well, what did we do last time?’” Oh dear.

Additionally, Meghan’s lack of understanding about the royal family’s unwritten traditions served to sink her boat. Tominey explains, “It’s a bit like Downton Abbey—there’s a hierarchy of staff who have been at Buckingham Palace for years and years, to serve Queen and country.”

The demands made by Harry and Meghan reportedly resulted in some contention among the staff required to meet those demands. Tominey describes the staff’s attitude, especially with Meghan as, “‘Well, hang on a minute, who do you think you are?'”

Of course, those stressful days are long gone, with Megxit relieving the Sussex’s of their royal burden. They are now free to be in Los Angeles, Meghan’s hometown and former stomping grounds. Maybe now they will find the happiness that eluded them when they were surrounded by servants, received free home renovations and quality, paid security

Days of Our Lives Spoilers: Marlena Left Shocked – John Tells Her About Orpheus