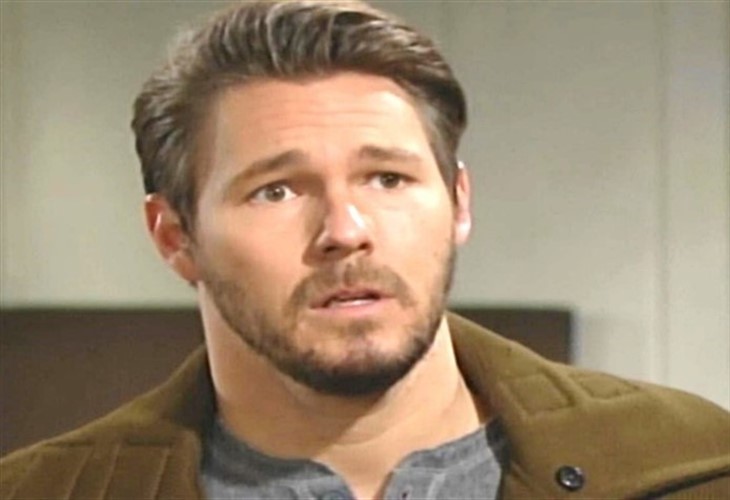 The Bold and the Beautiful (B&B) spoilers reveal that in Los Angeles next week, the police will start to connect the dots. Vinny Walker (Joe LoCicero) led a shady and criminal lifestyle. One they have a positive identification, police will need to question Liam Spencer (Scott Clifton). At this point in the investigation, it’s just routine. However, Liam will probably bawl while confessing all to the police.

The Bold And The Beautiful Spoilers – Liam Spencer Freaks Out

B&B spoilers reveal that Liam’s reaction was quite overboard compared to how a normal person would have reacted. Of course, most people would be shocked and might even throw up after striking a human being. However, Liam takes everything to the extreme. He continues freaking out even after he wakes up from fainting and is safe in Bill Spencer’s (Don Diamont) house. He started to hyperventilate and had flashbacks of Vinny’s body. It’s surprising Liam didn’t faint all over again.

Bill tried to reassure Liam and tell him why they were covering up the crime. Even though Bill’s intentions are to protect his son, in this day and age nobody can really get away with anything. Forensics has come a long way and there is always some tiny detail or piece of evidence that is left behind. At the end of the day, the cover-up will be exposed and Bill will have to pay for that.

It’s a serious legal offense to cover up a crime and it makes it more difficult to find the real killer. Plus, Bill’s cover-up will also make it harder for police to corroborate Liam’s story. If Vinny was killed by someone else and simply thrown in front of the car, then Liam isn’t guilty. In fact, Bill’s actions also just make Liam look more guilty.

The Bold And The Beautiful Spoilers – Police Questioning Everyone

The Bold and the Beautiful spoilers reveal that at this stage in a police investigation, they are questioning everyone connected to the victim. More in-depth questioning of certain suspects comes a bit later. So, when the police show up to question Liam, it’s not because they know anything. They just know that Liam was connected to Vinny and there was a complaint about tampering with a paternity test.

The Bold And The Beautiful (B&B) Spoilers: Liam Faced With Terrible Secret – Couple’s Comeback Or Ending Ahead? https://t.co/kFeg4tzSrD pic.twitter.com/UVKFULEoct

However, Liam is consumed with guilt and can’t get Vinny’s dead body out of his mind. He will probably instantly freak out and start sobbing again. Police will certainly get an earful when Liam tells them everything, including Bill’s cover-up. It is teased that Bill has to face consequences. Will there be criminal penalties for Bill’s actions or will he be able to get out of this without serving any time?