PuzzleThe Young and the Restless 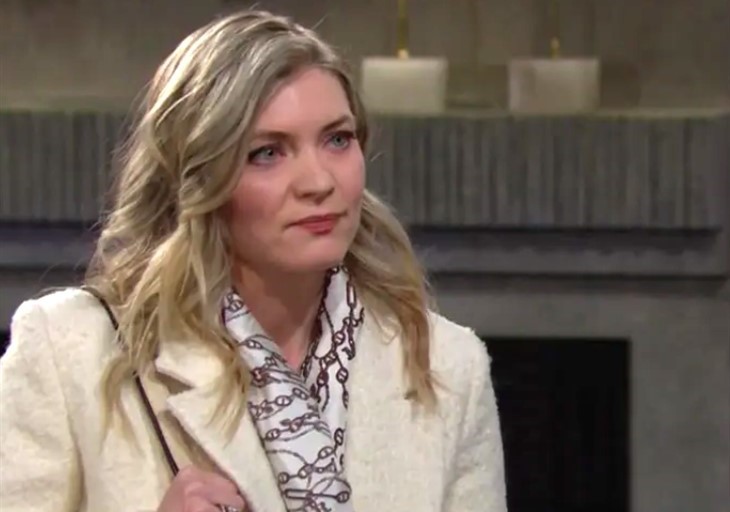 The Young and the Restless (Y&R) spoilers document that Tara Locke (Elizabeth Leiner) spoke to Jack Abbott (Peter Bergman) with the true appearance of compassion. But it wasn’t that at all. No, Tara was exploiting her victory.

Summer Newman (Hunter King) has seemingly been defeated. In a matter of time that can be counted in weeks Tara has forced Summer out of Kyle Abbott’s (Michael Mealor) life.

Skyle seemed to be an insurmountable force that Tara couldn’t break. But she had help from an ally in doing so, as Y&R fans know.

The Young And The Restless Spoilers – Sally Spectra Stunned By Recommendation

Sally Spectra (Courtney Hope) anticipated that Summer would try to knife her in the back before she flew out of town. But the audience didn’t see Summer’s recommendation to Lauren Fenmore (Tracey Bregman) during the commercial break.

Lauren’s decision to appoint Sally as the interim head of Jabot Collective (JCV) makes sense. She’s been her personal assistant for a number of months and has mostly made a positive impression.

Bregman’s character sees herself in Sally, as she’s told Hope’s character in the recent past. But Lauren doesn’t know about Sally’s dastardly collaboration with Tara, whose shoe line Fenmore’s wants to feature.

Sally spotted Tara in Chancellor Park toward the end of spring. Leiner’s character wasn’t initially open to Sally’s pitch, but decided to go along with it.

Tara was told that she and Sally were seeking the same goals. Sally’s bravado also allowed her to cut to the chase. She said that Tara wanted to get back with Kyle and this plan could help that to happen.

Eric Forrester (John McCook) approved of Sally’s ingenuous idea without even talking to Victor Newman (Eric Braeden). That was soap, but furthered the plot. And with it, the Marchetti job offer was presented to Summer, who was told by Tara to take it or she would leave with Harrison Locke (Kellen Enriquez) forever, which would deny Kyle from being with his son.

Of course, the rub is that Kyle or someone close to him learns what Tara did. As long as he doesn’t her shoulder will be a natural one to lean on.

The established, paternal connection that Kyle has with Harrison will provide constant opportunities to Tara. She wants Kyle to be Harrison’s full-time daddy and her next husband.

But devoted fans are wondering if Tara will have enough time to forge a bond with Kyle before he inevitably learns why Summer was forced to say goodbye.

Days Of Our Lives (DOOL) Spoilers: Ben And Ciara At A Crossroads – Fireworks For Paulina