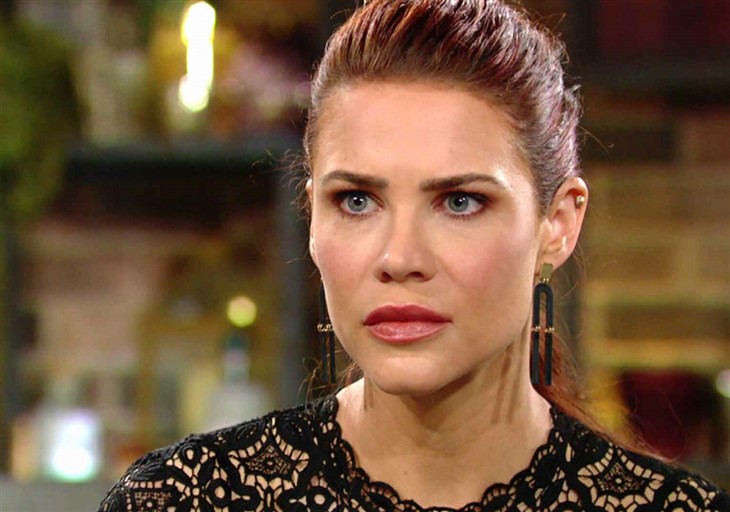 The Young and the Restless spoilers reveal that Sally Spectra (Courtney Hope) was surprised when Summer Newman (Hunter King) recommended her. Summer is aware that Sally and Tara Locke (Elizabeth Leiner) worked together on the Milan scheme. So, why would Summer suggest her enemy to replace her? She actually gave a hint during Tuesday’s episode.

The Young And The Restless Spoilers – Lauren Fenmore Scrambles

Y&R spoilers reveal that Summer didn’t have time to give Lauren notice. She claimed that it was due to having to start her creative director position in Italy right away. However, we are betting that it’s more that Tara is pushing her to leave Genoa City immediately. Summer did stop to see Lauren later and had some ideas on how to make the transition easier. She also apologized and thanked her for the opportunity.

Summer was teary-eyed when she came in, so Lauren is going to know she’s been crying. She did ask if Kyle Abbott (Michael Mealor) was going with her, but Summer just said it “didn’t work out.”

Lauren and Summer went to talk privately, where she allegedly recommended Sally to replace her. However, we have to wonder if the two women talked about more than just who was going to replace her. Some fans are wondering if Lauren might be in on a scheme with Summer to teach Sally a lesson.

The Young And The Restless Spoilers – Overseeing Transition Or Payback Scheme?

The Young and the Restless spoilers reveal that for one, Lauren didn’t offer the job to Sally. She only came to her after Summer gave her recommendation. Then, Lauren said that she would just be “acting president” until she learned the ropes. They also had to be sure that she was a good fit for the job. So, that strongly suggests this is temporary. Either Summer doesn’t plan on being gone that long or there is a secret scheme underway.

It is also teased that Summer will do her best to make the transition as seamless as possible. That might include jotting down some “helpful” notes or even having remote access to the computer Sally will be using. If someone has remote access, they can do pretty much anything from anywhere in the world.

This type of scheme isn’t really Summer’s style. However, her life was just ripped apart because of Sally and Tara. She wouldn’t do anything that would harm the company’s image, but we can’t think of any other reason Summer would strongly recommend Sally. When Lauren said that Sally impressed Summer, that just doesn’t seem very accurate and it really makes us wonder.

When Summer told Sally that she wished her the best in her future endeavors, she made sure to heavily enunciate “future endeavors.” So, could Summer be hinting that her present job won’t last much longer? We will have to keep watching the CBS soap to find out.

Days Of Our Lives (DOOL) Spoilers: Shawn Fed Up, Ciara Gets Wild With Theo In Front Of Ben