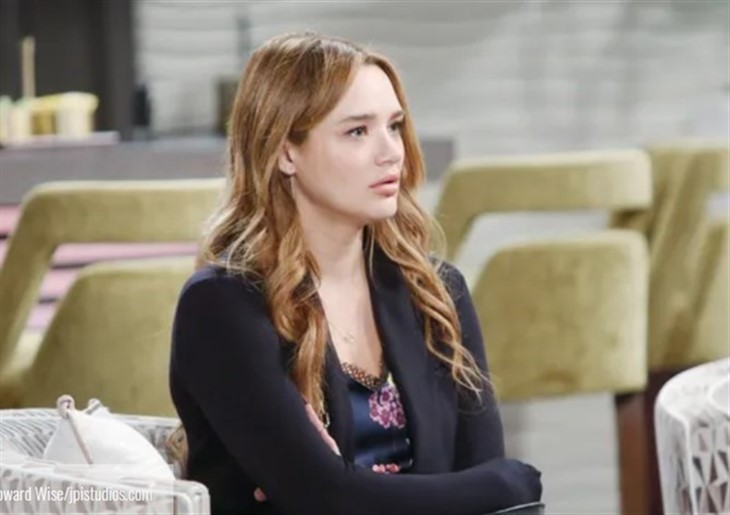 The Young and the Restless (Y&R) spoilers document that Summer Newman (Hunter King) will be stunned by the New York reveal. Far more than youthful indiscretions that had no lasting implications, news that Kyle Abbott (Michael Mealor) may be the father of a young boy will rock Genoa City, Wisconsin.

Y&R recaps show Sally Spectra (Courtney Hope) believed that she was on the ropes, following Skyle’s brief crossover to The Bold and the Beautiful. But Theo Vanderway’s (Tyler Johnson) fortuitous phone call and subsequent dirt drop gave Sally the ability to at least counter Summer and Kyle’s intel.

The Young And The Restless Spoilers – New York Haunting Returns

Theo revisited his past with Kyle during Johnson’s run as a regular character on Y&R. But attempts to sink his cousin-nemesis failed.

However, Theo recently learned about the son Kyle is believed to have had with Tara Locke (no actor known to be cast for this role). He got Kyle to admit in front of Sally that yes, Tara was a romantic connection. But Mealor’s The Young and the Restless character genuinely didn’t know that she had a child and that it was believed to be his.

Theo hasn’t provided any documented evidence regarding the DNA proof he claims to be sure of. Saying that Tara’s son has Kyle’s dimples doesn’t constitute conclusive paternity test results.

Sally would have her reputation damaged if Skyle ever revealed what was learned in Los Angeles, California. But Hope’s character might not even lose her job, as Lauren Fenmore (Tracey Bregman) and Jack Abbott (Peter Bergman) just recently discussed their own colorful pasts with fondness.

In contrast, it’s possible that Kyle is the father of a boy who Ashland Locke (no actor known to be cast for this role) believes is his. That Northeastern mogul is known to be vindictive. So, Young and Restless spoilers hint Kyle is right to think that his life could be badly damaged and that his loved ones could be targeted if Ashland becomes aware of this information, unless he already has.

Future Young And The Restless Spoilers – Summer Newman Protects Her Man Or Leaves Him?

This intriguing development could be written in a number of different ways. Summer could stand by Kyle and provide support. While he didn’t volunteer the full truth, it’s reasonable to believe that Summer could accept that mistake.

But it’s also possible that Summer feels betrayed, especially if Kyle proves to be a dad. In that instance, Theo and Sally’s efforts may serve to split Skyle.

SOS is a leading source for updates linked to The Young and the Restless. Check back regularly for Y&R spoilers, recaps, and news!

The Bold And The Beautiful (B&B) Spoilers: Tempers Flare After Steffy’s Paternity Test – Can Liam And Finn Co-Parent