The Bold And The Beautiful (B&B) Spoilers: Tempers Flare After Steffy’s Paternity Test – Can Liam And Finn Co-Parent 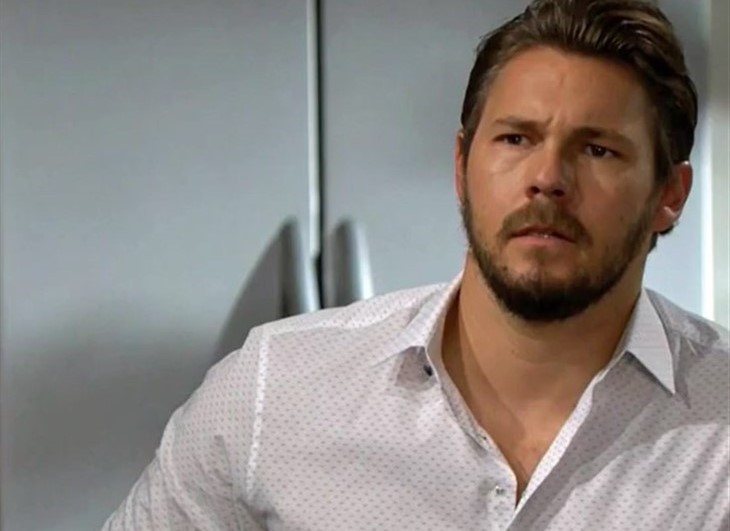 The Bold and the Beautiful (B&B) spoilers document that Liam Spencer (Scott Clifton) will agree to John Finnegan’s (Tanner Novlan) demand. The only connection Clifton’s character will have with Steffy Forrester (Jacqueline MacInnes Wood) will be helping to raise their two children.

B&B fans know that Finn’s strong statement won’t take full effect until Steffy has Steam’s baby in the summer. What happens between now and then, including a further paternity reveal, leads this rapidly developing tale.

The Bold And The Beautiful Spoilers – And The Father Is?

Steffy knew that she needed to have a test conducted. Only two possibilities existed, with Finn being her one-hundred percent preference as the father of her expected child.

Liam’s bolt to the cliff house, after he thought he saw Hope Spencer (Annika Noelle) kissing Thomas Forrester (Matthew Atkinson), set in motion a breath-taking reversion to the Steffy, Liam, Hope triangle. Of course, it’s fair to say that soapy shape has morphed into a rectangle, or a square based on the perspective of the audience.

Finn wants to be with Steffy and was hopeful he was the father. Teasers indicate that he actually is, but that some form of manipulation took place making Liam the dad for now.

A building amount of stress was caused by all that’s happened recently. No one was planning to have a Steam reunion and that’s not what the reconnection at the cliff house represented, or projects as becoming.

Knowing that Liam is the father of her child means that Steffy at least has what she believes is a point of certainty. Because Finn has already promised to stand by her, she has a clean road ahead.

Finn’s love and generosity of spirit keeps Steffy’s interests and the baby’s front and center. Yes, the many positive qualities of Novlan’s character is why she’s fallen fully in love with him.

Bold And The Beautiful Spoilers: Which B&B Character Should Return In 2021?https://t.co/uhbRE3JJoo

As long as Finn doesn’t prove to be the person who manipulated the test results, in what would be an unlikely and bizarre exposure, he stands to further deepen his place in Steffy’s heart when the true paternity results are known. From now until that point Liam will be kept under Finn’s watch.

This key difference from the past, where Liam held sway in Steffy’s life, makes a difference in the future as well. No matter what becomes of Lope, Liam will become a father-figure to two children. But he won’t be the number one guy in Steffy’s heart.

CDL is a leading source for everything linked to The Bold and the Beautiful. Check back regularly for B&B spoilers and news!