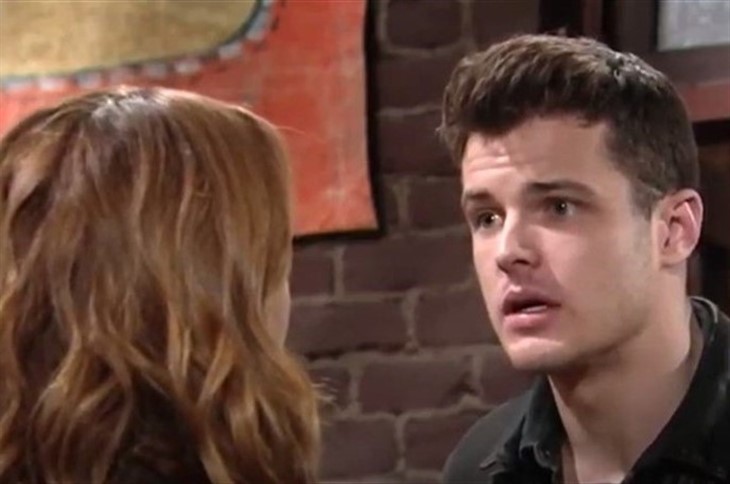 The Young and the Restless spoilers reveal Kyle Abbott (Michael Mealor) has a huge confession to make that will most likely leave Mariah Copeland (Camryn Grimes) completely shocked. Kyle is desperate to find at least one person in this fictional town of Genoa City that he can confide in about his sketchy and controversial past and is hoping that Mariah is that person. Here’s what you need to know.

Speaking to Soap Opera Digest in a new interview, The Young and the Restless Co-Executive Producer and Head Writer Josh Griffith says that Kyle is overwhelmed with guilt from keeping secrets about his past to Summer Newman (Hunter King). Because they’ve gone through so much in their past, Kyle doesn’t want to mess anything up that might potentially destroy their relationship and their future.

The Young and the Restless (Y&R) spoilers say that Kyle tells Mariah that he not only had an affair with Tara, the wife of ruthless mogul Ashland Locke, but he may have also fathered a 3-year-old soon. Needless to say, Mariah is floored by this revelation. Of course, the person who told Kyle about his son was none other than Theo Vanderway (Tyler Johnson).

Griffith puts it this way, “Since Kyle learned the news about Tara’s son from Theo, there’s reason to believe that Theo is lying. Kyle knows this news may have a damaging effect on his relationship with Summer, so he makes the decision to keep quiet until he learns more.”

The Young And the Restless Spoilers – Rey And Nate Unlucky In Love, Both Romances Doomed? https://t.co/AM3VGj0MiC

Of course, if there’s anything that we’ve learned about this fictional town of Genoa City, it’s that no secret stays well-hidden for too long. Sooner or later Summer will find out the truth and when she does, the you-know-what will hit the fan!

Days Of Our Lives Spoilers: A Furious Abigail DiMera Gets Into A Fight With Gwen Rizchech At The Cemetery