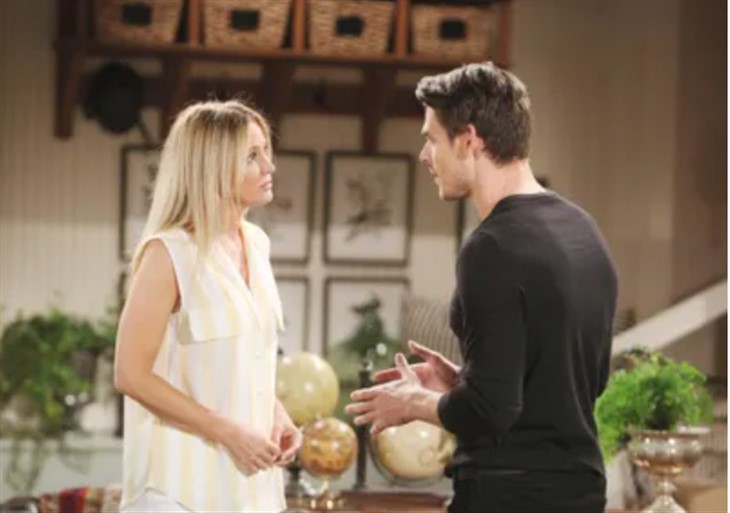 The Young and the Restless (Y&R) spoilers document that in Genoa City, Wisconsin Sharon Rosales (Sharon Case) is married to Rey Rosales (Jordi Vilasuso). But it’s fair to argue, if not know, that she still has deeper feelings for the infamous Adam Newman (Mark Grossman).

Just as Phyllis Summers’ (Michelle Stafford) mischievous side still causes Nick Newman (Joshua Morrow) to be drawn to her, so too has Adam’s bad boy image elicited Sharon’s ongoing attraction. She’s still emotionally involved in his life, years after they divorced.

The Young And The Restless Spoilers – Shadam’s Shadow Is Long

Sharon married Adam (as then played by Michael Muhney) more than ten years ago. Shadam burned for approximately a year, but was one of Y&R’s most dynamic couples during that era.

Y&R kept Sharon and Adam apart during the time when Justin Hartley (Adam) portrayed that character. But the recast to Grossman allowed a Shadam reconnection early in 2020.

What happened approximately a year ago naturally teased the idea that a full reconciliation was going to happen. It hasn’t yet, but is surely still plausible in the near future.

The current version of Adam has been reverse SORAS’d (soap opera rapid aging syndrome). That’s made him seemingly more than a decade younger than Sharon. But Adam isn’t her child. However, Faith Newman (Alyvia Alyn Lind) is and she’s in trouble.

Sharon will hopefully be able to pull Faith back from the edge she wants to stand on, or jump over. Her daughter doesn’t currently possess the ability to separate herself from a perceived friend who is a negative influence.

Adam is a grown man, who isn’t her current husband. He’s not her responsibility, but Sharon obviously still feels some responsibility for his life.

The Young And The Restless Spoilers – Chelsea Lawson Does Need Help

Sharon has helped Adam on more than one occasion, based on Victor Newman’s (Eric Braeden) requests in recent years. It feels as though her therapy skills could be requested, by Adam, for Chelsea Lawson’s (Melissa Claire Egan) benefit shortly.

This opening could provide Adam and Sharon with another excuse to bond. It would seem rather stressful to force Chelsea to meet with Sharon, considering the stroke has created significant paralysis and the loss of speech. But Adam is desperate for help and could play into Sharon’s giving nature. So, this could be a reasonable plot path that Y&R takes.