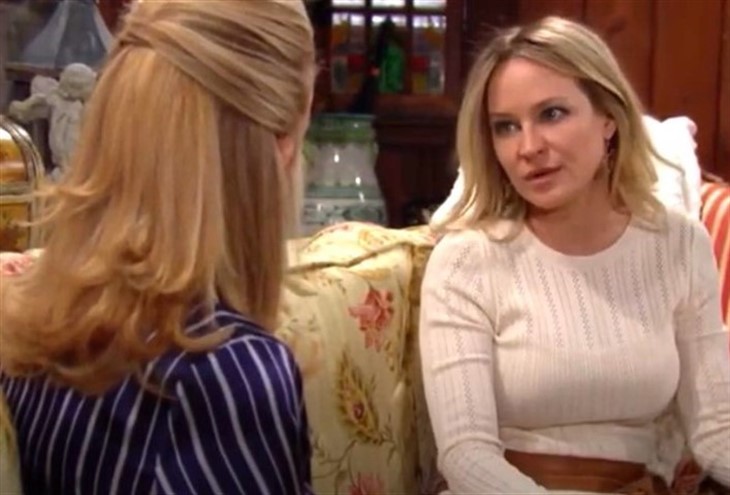 The Young And The Restless Spoilers – Nikki Newman Is An Alcoholic

Longtime viewers of The Young and The Restless will recall that Nikki is an alcoholic. She had many bouts with her alcoholism throughout the years, and has been in rehab and attending Alcoholics Anonymous meetings for many years. One time when she fell off the wagon, Victor Newman (Eric Braeden) found her disheveled and alone in a park, and at least one of the times she was in a rehabilitation center for her drinking, Victor went with her. Several weeks ago, shortly after Phyllis Summers (Michelle Stafford) found Faith with a bottle of vodka in Chancellor Park, Phyllis told Faith’s father, Nicholas Newman (Joshua Morrow) of the incident out of concern for the young teen. Nick sat Faith down and gave her a talking to about the vodka, and told her how alcoholism can be genetic.

Besides that, Faith is underage and it is illegal for her to drink alcohol. More than likely, Nick, Sharon and probably Faith’s older half-sister Mariah Copeland (Camryn Grimes) will talk about Faith’s drinking and decide some big guns will have to be called in for an intervention. Mariah and Sharon have both seen Faith’s new older friend Jordan (Madison Thompson) with Faith and wonder if she is getting Faith in with the wrong crowd and Faith is drinking in order to gain acceptance with them. It’s a story that is repeated many times with young people, unfortunately.

Nick and Sharon cannot help but see parallels with how they lost their older daughter Cassie Newman (Camryn Grimes), Mariah’s twin. She had started socializing with an older crowd of teens and behaving in certain ways to be accepted. Even though she didn’t drink, she lost her life driving a drunk Daniel Romalotti (Michael Graziadei) home from a party, and had a car accident. Cassie wasn’t even old enough to drive, she was only fourteen – about the age Faith is now.

When Nikki hears of Faith’s problems and having been caught with alcohol a couple of times, she takes the reins to prevent her granddaughter from getting any deeper into alcoholism’s grip! The last thing she wants is for Faith to go down the same path she did for many years of her life! It leads nowhere except to the pits of despair and ruin. Nikki doesn’t want Faith to have to go to rehab after rehab like she did, and she also knows that Faith may not be honest in her responses or actions when she reaches out to her.

Part of that is being a teenage girl but part of it is because of addiction. Addicts lie and pretend everything is okay when it really isn’t. Addiction and alcoholism have components that are driven by inner pain, but also simply by physical addiction to the alcohol or the substance the addict is addicted to. Nikki knows what she is talking about when she reaches out, and she also knows that Faith’s deep need for acceptance is part of what is driving her.

Undoubtedly Sharon is also aware of the needs in her daughter and also of Alcoholics Anonymous groups focused on teenagers, but it wouldn’t be the same coming from her. There is a built in wall between most mothers and teenage daughters, that usually doesn’t come down until the daughter is grown and sometimes not until she has a teenager of her own to deal with! Sometimes grandmothers can get through where mothers cannot, and the big sister route has already been tried and failed! Nikki and Sharon hope that Nikki can get through to Faith and encourage her to attend teenagers’ Alcoholic Anonymous meetings. There, Faith will have other teenagers as her support group and they will understand her and she will understand them!