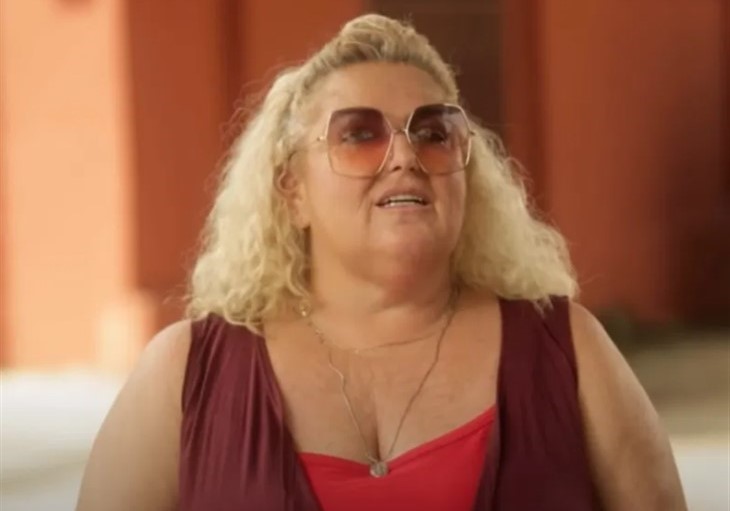 90 Day Fiancé-Happily Ever After Spoilers – Angela Deem Has A Bad Temper, No One Disputes That

Viewers who have kept up with the controversial couple who finally tied the knot at the end of the most recent season of 90 Day Fiancé-Happily Ever After know that Angela can have a bad temper, no one disputes that! Apparently, that is just part of her personality and her bark is worse than her bite. People who know her in person probably just ignore it because they know she’s just full of hot air!

The worse problems were lack of trust and theft of finances at one point, but Angela and Michael have apparently worked all that out amongst themselves, except for Angela’s infertility and his family members expecting a baby that she can no longer “tote!” They married on January 27, 2020 in Nigeria, shortly before there was a health crisis with Angela’s mother, Glenda Standridge, who died in February. By that time, Angela was stuck back in the United States and Michael in Nigeria due to the emerging coronavirus crisis, also known as Covid-19.

However, some viewers have taken concern that Angela’s treatment of Michael is mistreatment, and downright verbal and emotional abuse! One Redditor, going by the handle of “u/dasuberblonde” shared their opinion of Angela on the r/90dayfianceuncensored sub-Reddit. It wasn’t pretty! He or she had tuned into the new show 90 Day Journey on Discovery+, the new streaming service available to United States viewers called 90 Day Journey.

The Redditor then proceeded to log his or her comments in posts that were upvoted (similar to a Facebook “like”) over 1200 times. The Redditor chronicled Angela’s actions against Michael that could be considered abuse. Then he or she commented that Angela is a typical abuser – she isolated Michael from all his friends and family, gaslighted him to make him think he is the problem, torn down Michael’s self-esteem and literally assaulted him with a cake!

Then the Redditor disclosed his or her status of being in law school, and that the hitting Michael in the face with a cake (what is the writer referring to, the piece of wedding cake?) would be classified as assault! And that’s not all – the writer claimed the way Angela treated co-star Avery Mills was absolutely disgusting and accused Angela of not being a real Muslim (is the writer confusing her with someone else possibly? Angela has never claimed to be Muslim!)

The writer continued with the barrage of comments, finding fault with Angela pressuring Skyla Deem to donate her eggs, which can be an invasive and painful process. The Redditor continued further, writing if Angela were a man her behavior of belittling others, rage reactions, and violence would be completely unacceptable. More of the same continued, the writer accusing Angela of manipulating and controlling Michael, and of making him quit his job so she could control his finances.

Many users agreed. Then conversation turned to a discussion of how abused men are treated in relationships and how they have nowhere to turn. One Redditor commented if a man tells someone he’s being abused by a woman, he’s either not taken seriously or laughed at. Others commented on Angela’s jealousy, describing it as unhealthy and extreme. Yet another commented that Angela is beyond toxic and it’s not okay when she says others should take it or leave it. Most Redditors agreed that Angela takes out her paranoia on Michael due to her own insecurities and the way she treats him is not healthy.

Stay tuned to 90 Day Fiancé, watch the streaming spinoffs if you are able, and check back here for all the latest 90 Day Fiancé spoilers.