The Young And The Restless (Y&R) Spoilers: Sean Carrigan Is Back As Stitch Rayburn 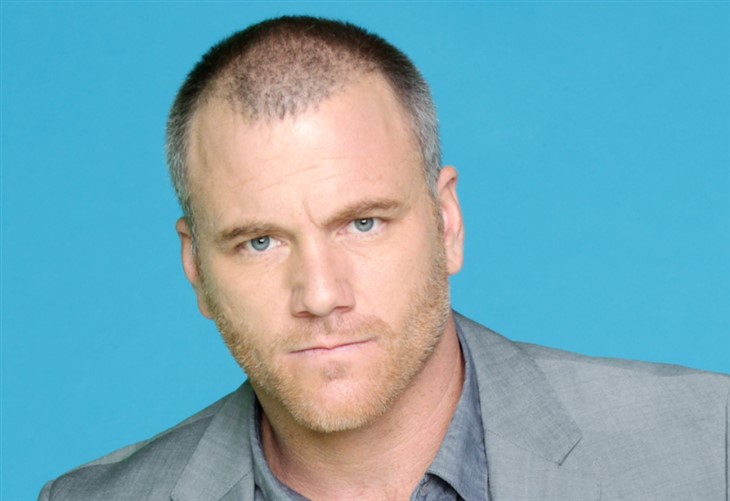 The Young and the Restless (Y&R) spoilers tease that a blast from Abby Newman’s (Melissa Ordway) past comes back—but is it to haunt her or to help her?

Ben “Stitch” Rayburn (Sean Carrigan) debuted in 2013 and hit it off with the spunky blonde. Things got serious and one thing led to another and before you knew it they were expecting a bambino. There was not to be a happy ending however.

Carrigan admits that he had a feeling showrunners would ask him back someday. He told Soap Opera Digest that he was visiting his mom in Florida when he found out that they were interested in bringing him back.

“It was pretty nice to get that call,” he said. “My first response was ‘I’m interested.’” And the rest is history.

He debuted and wasted no time getting caught up with Abby’s life since he and his troubled son left town.

Y&R Spoilers – Stitch Rayburn Is Back For Abby Newman?

After leaving Carrigan kept busy and starred in the feature film Ford v Ferrarri. He’s also set to film a tv movie called Grace Point in North Carolina. The shooting schedule on a soap is uber hectic, but “Fortunately it all came back to me,” he said, “and I had a moment of ‘Oh yeah this is what this is like.’”

It appears that Stitch isn’t over Abby, as he had a long scene today in which he reminisced about their time together. They also got caught up in person. Abby is a hard person to forget and it would be especially hard to bury feelings for someone you expected to spend the rest of your life with.

What will happen between Abby and Stitch the second time around? For now the character is back for a short visit, but that doesn’t mean that a lot can’t happen in a short period of time. And it sounds like Carrigan would be open to staying on as he said, “My most memorable TV work has been on Y&R. I’m game for wherever this goes. I’m happy to be here so we’ll see what happens.”

What do you think happens Y&R fans? Is Stich back as a stalker or will he be able to genuinely help Abby when she needs it most?

Be sure to catch up on everything happening with Y&R right now. Come back here often for The Young and the Restless spoilers, comings & goings news, and soap opera updates.