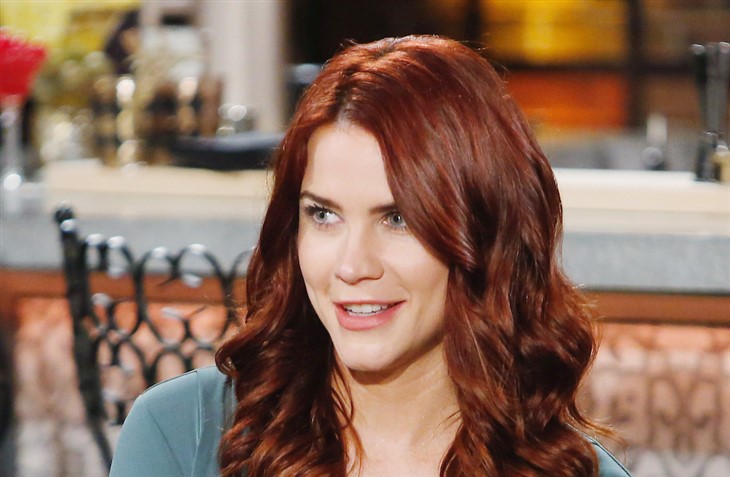 The Young and the Restless (Y&R) spoilers document that in Los Angeles Sally Spectra (Courtney Hope) isn’t one to be satisfied or know when to stop. She’s self-destructive. So, the professional gain she’s achieved though duplicity is likely to be short-lived and also be reversed.

The Young And The Restless Spoilers – Kyle Abbott’s Paternity Exploited

Sally took what Theo Vanderway (Tyler Johnson) gave her and is using it to a maximum effect. Within a matter of months Sally split Skyle, pushed King’s character out of her job at Jabot Collective, and got Summer to agree to leave Genoa City, Wisconsin.

Tara didn’t want to tell Kyle Abbott (Michael Mealor) the truth when she was pregnant with their child or after Harrison Locke (Kellen Enriquez) was born. Instead, she kept the secret to herself.

But Ashland Locke’s (Richard Burgi) need to come to GC to accept pitches for Cyaxares Communications led to Harrison’s paternity story being revealed to all concerned. Ashland’s demand for a divorce then led Tara to believe that she should exploit Kyle’s paternity as well.

Sally hasn’t actually given up on marrying Jack Abbott (Peter Bergman). With Summer out of the way Sally feels that he’ll come to see her in a different business light.

Hope’s character appears to think that if she can prove herself in this key position, which purposely is connected to Jabot via Fenmore’s, then their personal connection can be reestablished. However, Sally’s inability to behave honestly is something that Jack is aware of and represents the main challenge she needs to overcome.

It’s possible that Summer follows through on the Marchetti job in Milan, Italy, and remains in that prestigious spot for a period of time. As there are no known (or possible) location shoots, Y&R can continue showing Summer in various scenes, which will actually be shot on the same California-based sound stage.

As long as Kyle doesn’t allow himself to become involved with Tara or is manipulated into an awkward situation, Summer will remain his romantic focus.

Summer is down right now. But she hasn’t been defeated because Tara agreed to work with Sally. If Kyle can learn that truth before any serious development takes place, then Skyle will be able to reconcile.

The Bold And the Beautiful (B&B) Spoilers: Quinn Busted By Brooke – Carter Stuck In Middle