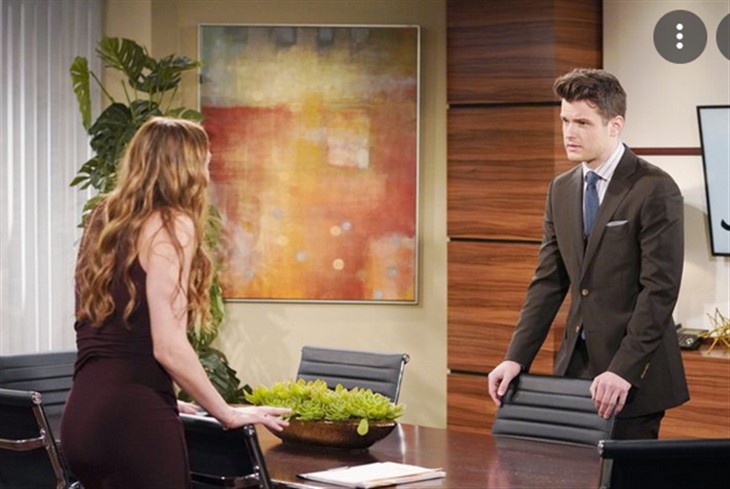 The Young and the Restless (Y&R) spoilers document that Summer Newman (Hunter King) is not playing chess as her grandfather, Victor Newman (Eric Braeden), does. Allowing Tara Locke (Elizabeth Leiner) to tell her that Skyle is over and that Summer must move to Italy isn’t what a Newman or a Summers would do.

Who, exactly, is Tara? She’s nothing more than an new character who has no real power, but does have an extremely overinflated sense of herself. But it must be said that Summer severely underestimated Tara’s influence and has been playing this game badly.

The Young And The Restless Spoilers – Kyle Abbott Is Left Open

Doesn’t Summer see that by giving into Tara so easily that she’s also leaving Kyle vulnerable to further attacks that Leiner’s character will make? King’s character has convinced herself that Kyle Abbott (Michael Mealor) will be better off with Harrison Locke (Kellen Enriquez) in his life, with the alternative being Tara’s threat is realized.

The likelihood that Tara would take Harrison from Genoa City, Wisconsin, and never be found or that she would certainly defeat Kyle in any future court dispute is deeply misguided. But Tara has won round one of this mind game.

Y&R Spoilers – On The Newman Jet To Milan

Nick Newman (Joshua Morrow) doesn’t know the whole story. Skyle fans are hoping that he’s either able to get it out of Supergirl or she involuntarily or voluntarily provides it while they’re over the Atlantic Ocean.

This part of the quickly developing storyline feels as though it won’t last long. Unless King is set to take a voluntarily leave from the cast or Summer will be off-screen for awhile, then this drama will turn in the relatively near future.

It’s an intriguing decision to have Nick accompany Summer on her flight to Marchetti. Phyllis Summers (Michelle Stafford) was primed to solve this mystery, but possibly Nick is set to learn the real score or in some way influence developments.

Sally Spectra’s (Courtney Hope) schemes come on hot and then cool off. Oh, she does stir trouble and can make progress in disrupting various peoples lives. But fans of The Bold and the Beautiful know that Sally’s efforts often go sideways or outright flop in time.

So, the idea that Tara will simply replace Summer in Kyle’s life can not work. It wouldn’t fit with Y&R’s history, doesn’t make sense in the present or fit the future.

Yes, there is pain in the moment. But the truth must come out. Skyle fans should keep their chins up, as Tara’s current victory projects as short-lived.