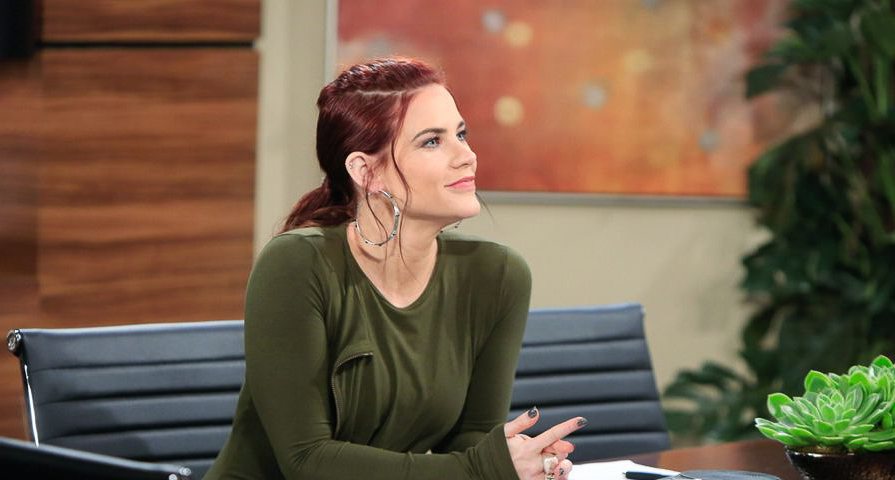 The Young and The Restless (Y&R) spoilers reveal that in Genoa City, Wisconsin Summer Newman (Hunter King) is underestimating Sally Spectra (Courtney Hope) and it will come back to bite her!

Right now Summer thinks she’s in the catbird seat, traipsing around LA digging up the dirt on Sally with a backhoe. What she forgot was that she and Kyle Abbott (Michael Mealor) have skeletons in the closet, too. Watch out Summer, explosive show spoilers reveal that Sally is hunting in Kyle’s past and finds something deliciously demented and devious that will change everything.

The Young And The Restless Spoilers: Sally Spectra Is A Woman on a Mission

Sally is in Genoa City because she was run out of LA due to felonious behavior. She should be in jail for what she’s done, but doesn’t everyone have a little boo-boo we’d rather forget? Anywho, to make a long story short she led her loved ones to believe she had a fatal illness (at least she didn’t open a Go Fund Me). On top of that she planned to score a reality show and get her ex back in her bed.

It all worked. Until it didn’t. When the cards began to fall all round her, she kidnapped her ex’s girlfriend Flo Fulton (Katrina Barnes) and basically left her for dead.

The Bold and the Beautiful Spoilers: Flo Fulton Has A Vendetta

Summer is now about to convo with Flo and you can bet the dirt will spill. Summer will be amazed at what she hears and of course even if she doesn’t use it to put Sally in jail, she could probably use it to blackmail her. At the very least she can tell their mutual boss Lauren Fenmore (Tracey Bregman) who would fire Sally in a hot minute and there goes Summer’s headache.

The Young And The Restless Spoilers – What Happens Next in LA And Genoa City?

Flo is ready to tell Sally what Wyatt Spencer (Darin Brooks) won’t, which is that they were both Sally’s victims. Look for smarmy and confident Summer to head back to Genoa City with her head held high.

Not so fast girlfriend! Summer will be gobsmacked to learn that Sally has something from Kyle’s sordid past that she will expose if Summer doesn’t back off. Is it something from his New York days with Theo Vanderway (Tyler Johnson)? Theo and Sally got quite chummy before he left, did he leave her with a deadly secret?

Be sure to catch up on everything happening with Y&R right now. Come back here often for The Young and The Restless spoilers, news, and updates.