Days Of Our Lives (DOOL) Spoilers: Shawn Fed Up, Ciara Gets Wild With Theo In Front Of Ben 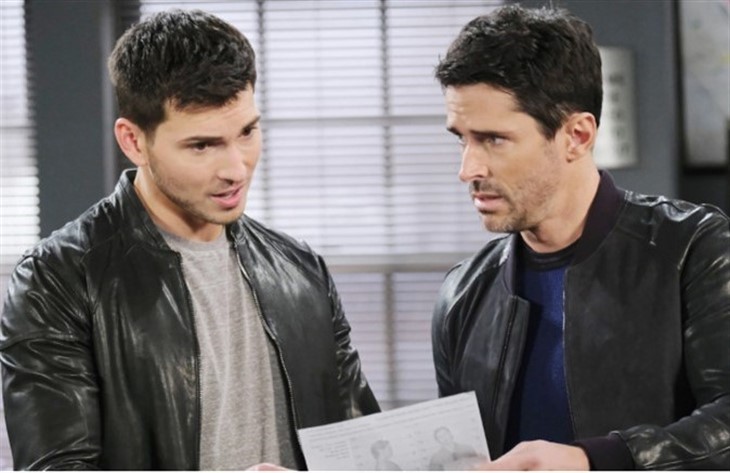 Days of Our Lives spoilers reveal that Ciara Brady (Victoria Konefal) is returning to Salem. She tries to get Ben Weston (Robert Scott Wilson) to sign the divorce papers. That is understandable since she doesn’t remember their love story. However, it is the cruel way Ciara goes about it. Shawn Brady (Brandon Beemer) puts his foot down and sets Ciara straight.

DOOL spoilers reveal that Ben’s heart was broken when Ciara didn’t remember him as her husband, but as the Necktie Killer. Then, Ben was devastated when Ciara moved to South Africa with Theo Carver (Cameron Johnson). Even though she has sent divorce papers and called several times to get an update, Ben still can’t bring himself to sign them.

So, when Ben sees Ciara waiting for him at the apartment, he mistakenly believes she finally remembers. He is wrong, though. Ciara uses flirtation and seduction to try to coerce Ben into signing the documents. She can’t marry Theo until she’s officially divorced from Ben. It’s a pretty cruel way to try and get divorce papers signed, especially since Ciara only remembers Ben as Necktie Killer. She always was the type to push the limits, though.

Days of Our Lives spoilers reveal that Ciara does even more to get under Ben’s skin. It isn’t stated exactly what she does, but what we do know is that Shawn’s had enough of Ciara’s antics and sets her straight. Claire Brady (Isabel Durant) also tries to reason with Ciara and explains it’s not necessary to be so cruel to Ben.

So, we are thinking that Ciara rubs her romance with Theo in Ben’s face. We can see her going as far as to wildly and passionately make out with Theo while in full view of Ben. It’s almost as if she’s trying to get a reaction out of Ben. But is it to “prove” that Ben still is dangerous, or does it make her feel powerful?

Shawn is a very patient and understanding man, especially when it comes to his little sister. He is aware that Ciara has been through so much. He also accepts that she doesn’t remember Ben and wants to be with Theo. He’s okay with that, even though it hurts Ben. What Shawn is not okay with is Claire being unnecessarily cruel, especially with Ben already struggling with his mental health.

Why do you think Ciara is trying to use Theo to get under Ben’s skin? Is she intentionally try to cause the reformed serial killer to explode? Or is there another purpose for her cruel mind games?

90 Day Fiance: Julia Trubkina Back In Russia – Is She With Brandon Gibbs?