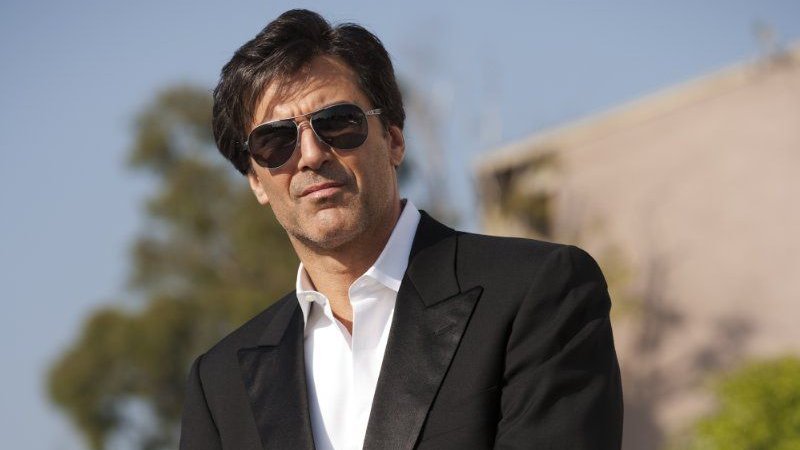 General Hospital spoilers and rumors tease that Vincent Novak (Glenn Taranto), who attended the Five Families meeting that Carly Corinthos (Laura Wright) headed up, isn’t the only Novak family member on the way to General Hospital. A rumor or possible leak teases that Tony Novak is on the way, and he’ll be played by Vincent Irizarry.

Longtime ABC daytime drama viewers will remember that Vincent Irizarry played David Hayward, Anna Devane’s (Finola Hughes) husband while she lived in Pine Valley, on All My Children. He also appeared as David Hayward on One Life To Live. Previously, he also played Brandon “Lujack” Luvonaczek and Nick McHenry Spaulding on Guiding Light, Scott Clark on Santa Barbara, and after as Deimos Kiriakis on Days of Our Lives and David Chow on The Young and The Restless, as well as Jordan Armstrong on The Bold and The Beautiful. General Hospital is the one daytime drama that he had not been a part of previously. Longtime ABC daytime dramas will remember a Novak from Ryan’s Hope too, Joe Novak (Roscoe Born).

Whether this Novak family coming on General Hospital will be related to the Novaks of Ryan’s Hope remains to be seen, although it won’t be the only Port Charles resident related to someone from Ryan’s Hope if they are – Ava Jerome Cassadine’s (Maura West) mother is Delia Reid Ryan Coleridge (Ilene Kristen). Recently, the Novaks have been mentioned quite a bit on General Hospital; a Corinthos coffee shipment was intercepted in New Jersey, and the destruction of the Corinthos Coffee warehouse on Pier 55 is attributed to the Novaks as well. Viewers can probably expect more Novaks as well, since after all, a crime family cannot be a crime family if there are only one or two members!

GH Spoilers And Rumors – When Would Tony Novak Appear?

General Hospital viewers will want to know how soon Tony Novak might appear – since a formal announcement has not yet been made by General Hospital show runners as to when Vincent might start filming, it is difficult to predict. There will also be a Vince Novak who might be the son of Vincent Novak who represented the Novak crime family at the Five Families meeting. Since General Hospital just got rid of two major villains – Peter August (Wes Ramsey) and Cyrus Renault (Jeff Kober) – someone has to come to Port Charles to stir up the drama! Tony Novak and Vince Novak in addition to the aforementioned Vincent Novak would make three. There is also someone mentioned as “the boss” in a leaked script involving Drew Cain (confirmed Cameron Mathison) who pulled him out of the ocean, and is holding him hostage.

One would think that Drew’s captor would be someone from the DVX , or possibly Jerry Jacks (Sebastian Roche) or a new Cassadine, but the title “the boss” could relate to a mob figure as well, possibly even another Novak! Other General Hospital spoilers and rumors attest to this. After all, this “boss” may be trying to get to Drew’s twin, Jason Morgan (Steve Burton) and Drew’s not talking! Drew wouldn’t give any information on Jason or anyone else in Port Charles, for that matter, and he probably doesn’t even know that Sonny Corinthos (Maurice Benard) is presumed dead or that his foster brother Franco Baldwin (Roger Howarth) was murdered. As for Tony Novak, viewers will have to stay tuned!