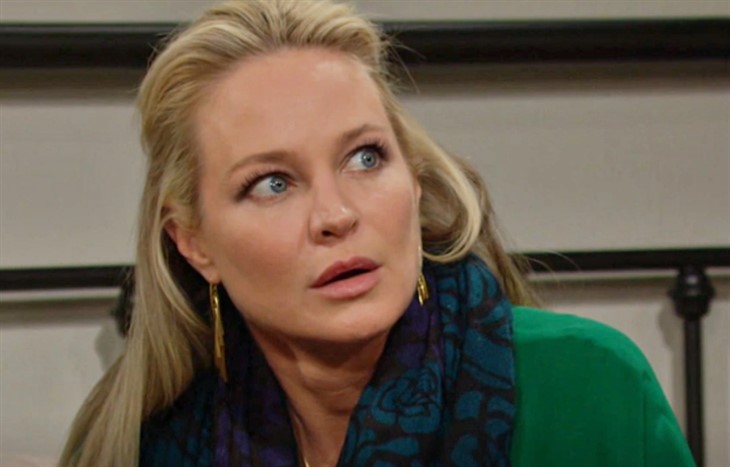 Meanwhile, Chelsea Lawson (Melissa Claire Egan) has truly put herself into a pickle. She committed a series of crimes when poisoning Rey and then framing Adam for it.

As Adam’s run toward freedom continues, Rey will close in. However, the audience sees the endgame. Adam will be cleared, Rey’s belief that Sharon was protecting his killer will be proven wrong, and Chelsea must be held to some account as a result or ironically shielded by Grossman’s character.

The Young And The Restless Spoilers – Shadam’s Comeback Happens?

It’s felt like Y&R wanted Shadam to review since Adam and Sharon reconnected at the penthouse at the start of 2020. That was the first instance of a romantic encounter between that once married and very dysfunctional couple in many years.

Both characters were single at the time. So, no cheating took place. It was notable that Sharon admitted that she had never loved anyone like Adam. He later fell back into the Chadam rhythm, seemingly not wanting to revive Shadam.

The stage is now set for Shey and Chadam to break, with Shadam reviving. But that’s hardly certain.

Adam gets to play the persecuted victim for his audience one, Sharon. Chelsea continues to pursue her vengeful game, justifying all actions due to her abduction, stroke, and the Society kiss.

Redemption is seen as impossible in Chelsea’s mind, with Rey choosing to believe her story or at least appearing to in order to get Adam. Both Chelsea and Rey’s efforts are wrong and are likely leading toward failure.

Sharon not only is championing Adam’s cause, she’s right to do so because he is innocent. Even Victor Newman (Eric Braeden) is on board, with Adam genuinely appreciating his often maligned father’s support.

The Young And The Restless Spoilers – Fated Couple Proves Too Much

Chelsea has believed for months that Adam is destined to return to Sharon. Rey’s long-held belief, that Sharon loves Adam, is being fueled by the detective’s intensely personal hunt for him.

Shadam was once one of Y&R’s most electric duo. Michael Muhney (Adam) and Case were terrific as the post-Shick duo. Grossman’s acting chops are superb, which telegraphs to him and the iconic Case creating a modern edition of this once crazy-great couple.