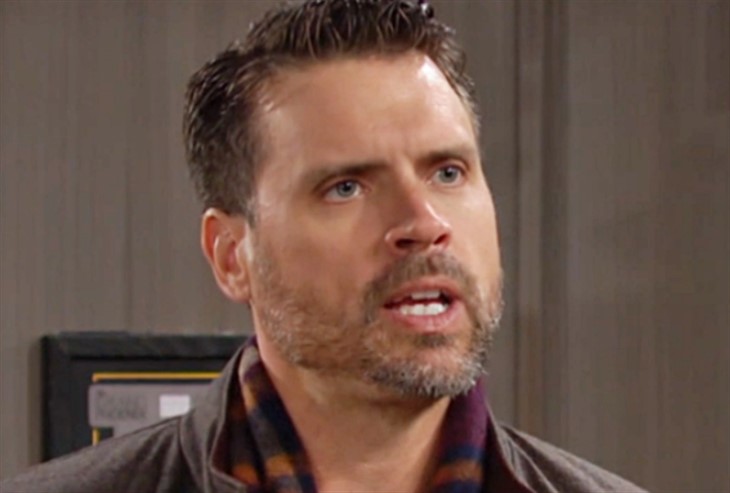 Why would Adam halt his run from the law by stopping his vehicle and helping someone who he initially didn’t know was Faith Newman (Alyvia Alyn Lind)? That doesn’t make sense, but will when he’s cleared for the crime he didn’t commit.

The Young And The Restless Spoilers – Circumstantial Evidence Is Suspect

Rey firmly believed that Adam tried to kill him. Even Sharon Rosales (Sharon Case) was faced with the idea of accepting what seemed like a fact. But Adam’s contact and pledge of innocence prevented her from reaching the false conclusion her husband initially pursued.

Days Of Our Lives (DOOL) Spoilers: Jan Wakes Up From Her Coma – Belle Panics

However, circumstantial evidence of Adam’s guilt is just that. He did not poison Rey, a plot point which is just beginning to unravel.

Rey and Nick jointly wondered why Adam would go against his own self interests by being a Good Samaritan when helping Faith? It doesn’t add up because Adam isn’t guilty and will be proven innocent, with Nick and Rey teaming up to generate the reveal.

For all the many terrible deeds Adam has committed through the years, including stealing Faith at birth from Sharon, he did not poison Rey. Chelsea Lawson (Melissa Claire Egan) did and is framing him for her crime that’s based on petty Chadam revenge.

Chelsea’s rationalization is demented, as she believes Adam and Sharon’s Society kiss and the forced therapy sessions gave her license to set Adam up. But Nick will have a conversation with Chelsea where the veil begins to drop.

Egan’s character used an unwitting Chloe Mitchell (Elizabeth Hendrickson) to facilitate the poisoning. Chelsea planted evidence in the penthouse so that Adam would appear to be guilty. Meanwhile, she believes that Adam and everyone else except Chloe, aren’t aware of her extensive recovery progress. Adam is, which is a major problem.

Nick will be chilled by what he learns through his visit with Chelsea. He and Rey will break down the real facts and could ironically serve as Adam’s allies in clearing his name.

No matter how this plays out, Nick knows that Faith is alive because Adam saved her. Morrow’s character must generate gratitude for his disliked brother, while Rey pieces together hard evidence that clears Adam of attempted murder.