The Young And The Restless (Y&R) Spoilers: Phyllis & Nick Head For Marriage Again – Is Three Times The Charm? 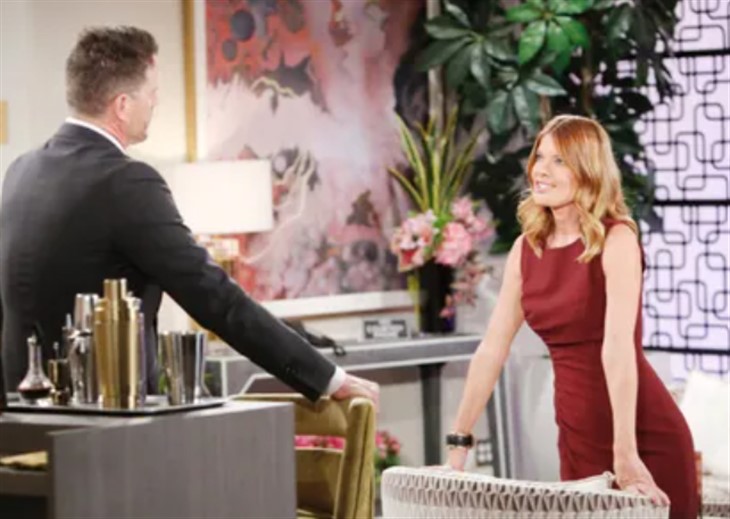 The Young and the Restless (Y&R) spoilers document that in Genoa City, Wisconsin Phyllis Summers (Michelle Stafford) and Nick Newman (Joshua Morrow) are part of a group of couples that are 2021 marriage candidates. Whether this duo, in particular, can build what they’ve restarted is one of the open questions on Y&R.

Phyllis is still Phyllis, but with a modern twist. Her laser career focus has thus far allowed efforts to remain positive, instead of being self-defeating.

As for Nick, he’s all in for Phick Part 3. While he initially slowed the roll of Phyllis’ pace to a near stop, Nick has since jumped on board with the revival of what once was a top couple on this show.

The Young And The Restless Spoilers – Ancient History Does Count

The genesis of the original Phick polarized a large segment of the audience, making both Phyllis and Nick into longterm villains. Sharon became the poor soul, grieving mother, and cheated upon spouse, with resulting mental health issues that lingered, untreated for years.

In the earlier part of the last decade, after divorcing, Phick remarried. But that edition was more combustible than the first, as it short-circuited sooner than Phick Part I.

Nick is a lot more easy-going than he had been in years past. Time has caused him to gain perspective, including a more measured one where Red is concerned.

Today’s Phick is about fun and self-supportive measures. Nick’s pull out of Newman family drama and the elimination of any Sharon-related tension has allowed him to be part of Phyllis’ modern life in a mature way.

Being an experienced father has allowed Nick to respond to what are actually manageable moments of tension that don’t quickly become ugly fights. Phyllis has noticed the adjustment and is responding well.

The Young And The Restless Spoilers – Phyllis Summers Is More Mature

Phyllis’ revert to Stafford’s embodiment of the character has enabled a far more considered persona to have emerged. She’s much less reckless, if that at all, as compared to the high-flying Danny Romalotti (Michael Damian) 1990’s era.

Today, Phyllis has fallen back in love with Nick. She’s even agreed to allow him to assume her debt in the Grand Phoenix hotel, with a payment plan being agreed to.

A third Phick marriage is very plausible. It’s also something that fans who may never have liked this couple can root for. Since Sharon is okay with this pairing, why can’t anyone else be as well? Well, many within the audience can now legitimately considering doing so.

The Young And The Restless (Y&R) Spoilers: Hot New Couple Alert – Devon And Amanda Get Closer