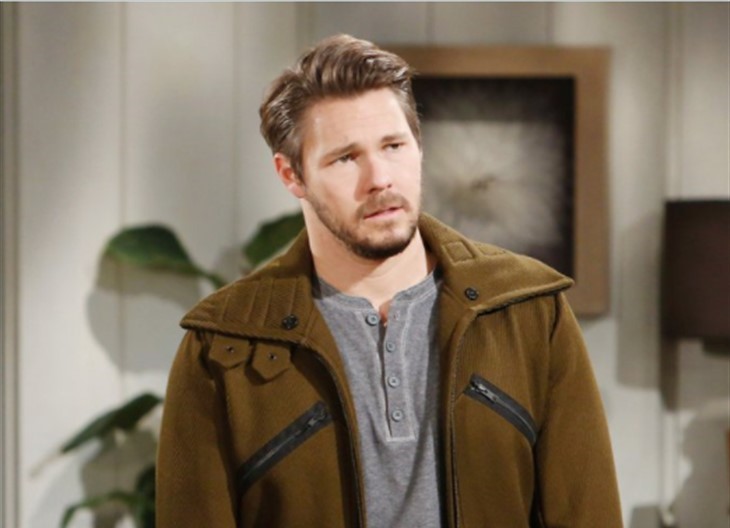 The Bold and the Beautiful (B&B) spoilers tease that in Los Angeles Liam Spencer (Scott Clifton) has long projected himself as virtuous. Well, as viewers have seen, he’s hardly that.

Now, with Steffy Forrester’s (Jacqueline MacInnes Wood) startling announcement that she’s pregnant, B&B can have Clifton’s character do something that’s totally unexpected. In order to preserve his marriage, he’ll go along with a lie and allow John Finnegan (Tanner Novlan) to believe he’s the father of Steffy’s next child.

The Bold And The Beautiful Spoilers – Major Suspension Of Disbelief

Yes, it would be a major suspension of disbelief to think that Liam would decide not to be a father to his next child. But Steffy possesses the ability to create the type of test outcome that she wants. Having her do that, without initially telling Liam, would promote a very intriguing storyline to the audience.

As daytime viewers know through their seasons of experience, paternity tests are about as reliable and scientific as any other random opinion that’s thrown into the air. So, an announcement that Finn is the father would be looked at with deep skepticism.

B&B Spoilers – Why Would Steffy Forrester Do It?

Steffy loves Liam. So why would she have test results created that falsely portray Finn as the father?

Well, Steffy has come to believe that Liam’s place is with Hope Spencer (Annika Noelle) and their children. She’s also fallen in love with Finn and sees a longterm future with him.

By making Finn become the father of her baby, with the delivery date later next summer, Steffy would need Liam to buy in. But would Liam know the truth from the start? No, not in this proposed take.

The Bold And The Beautiful Spoilers – Bond Creates Deep Dilemma

In the above scenario, Steffy creates the ruse and Liam doesn’t know about it. He later learns the truth and is conflicted about whether to claim his parental rights.

However, just like in the scenario that’s actually playing out now, Liam is hesitant to reveal the truth because he knows that Lope will be thrown into jeopardy. So, B&B can write Liam into eventually discovering the paternity truth and then agreeing to keep Steffy’s secret. Though viewers know that all would come out in time no matter who lied about what, or for how long.

This type of multiple step arc would extended the drama long past the next handful of weeks. Potentially, next Christmas could be the season when this major reveal drops and changes everything.

Days Of Our Lives Spoilers: Who Was The Most Underused DOOL Character Of 2020? Vote Now!

The Young And The Restless (Y&R) Spoilers: Phyllis & Nick Head For Marriage Again – Is Three Times The Charm?