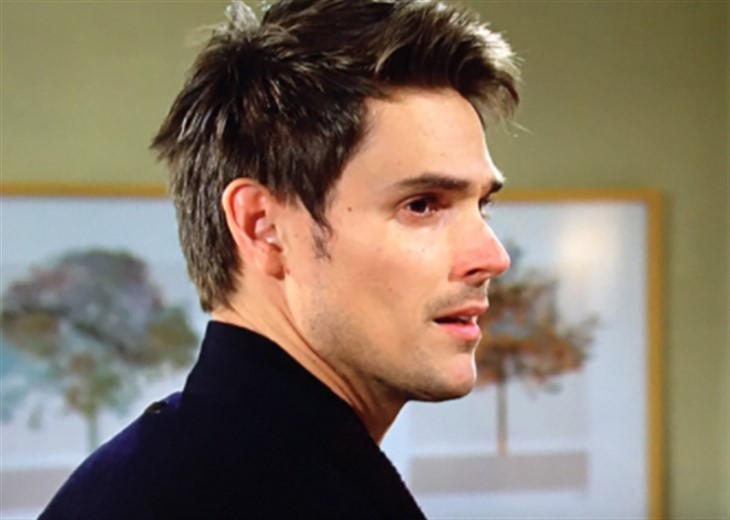 The Young and the Restless spoilers document that in Genoa City, Wisconsin Adam Newman (Mark Grossman) is so desperate that he felt compelled to reach out to his father. Making contact with Victor Newman (Eric Braeden) during this time of crisis in Chelsea Lawson’s (Melissa Claire Egan) life is a potentially, deeply meaningful move.

While Adam has asked for his dad’s help in years past and even in more recent times, this request has the potential to pay reconciliation dividends in the near future. Chelsea’s stroke means that she may be permanently disabled and it’s possible that her life is hanging in the balance as well.

There is no news that indicates that Egan is leaving the cast of Y&R. Of course it’s always possible that what would be a major reveal has been kept secret. But unless that news breaks in the near-term, then she’ll be remaining with the cast.

Assuming that Chelsea lives, then viewers should anticipate an extended storyline that involves her recovery period. As hardcore fans and Chelsea, in particular, knows, Adam paid a goon to abductor her a handful of weeks ago. That came with a blow to the head that can easily be connected to the resulting aneurism she suffered, which led to the stroke.

Adam should be feeling guilty, as he’s the one who caused Chelsea to endure physical harm. He believed that was necessary because she’d seen the Newman Towers schematics that he planned to use to erase the building, along with his family members who were in it.

Grossman’s character’s state of mind is something that sent Victor into a funk within the past handful of months. Adam’s latest flair up came after Victor told him the full story about Kansas.

So, it’s not as though Adam was in his right mind when he acted as he did, in ordering Chelsea to be abducted. But then again, how often has Adam expressed a normal view of the world since he returned from the dead as Spider?

Victor and Nikki Newman (Melody Thomas Scott) planned to enjoy some time away from Genoa City, Wisconsin, mayhem by vacationing in Europe over the holiday season. Of course those plans are known to be outside the world of reality, as this type of travel, even via a private jet, wouldn’t be practical in early 2021.

Getting Adam’s call gives Victor a chance to help his son, which is what he’s been waiting to do. Here’s hoping that Adam allows Victor to help in whatever is possible and then offers gratitude to his father that also extends beyond Chelsea’s current crisis.

The Bold And The Beautiful Spoilers: Steffy Forrester Discovers A Major Shocker