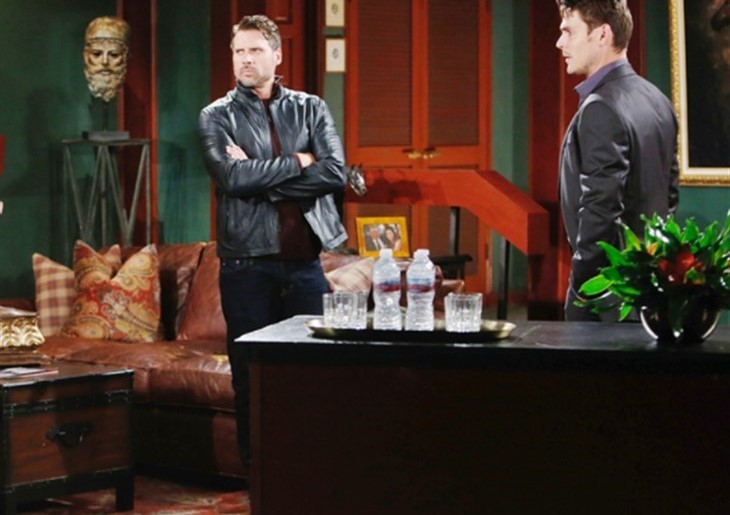 It looks like there will never be any brotherly love between them. The Young and the Restless (Y&R) spoilers say that Nick Newman (Joshua Morrow) believes that his brother Adam Newman (Mark Grossman) might be hiding out somewhere on Hope’s farm. Adam’s kidney is needed in order to save Faith Newman (Reylynn Caster) but to make matters worse, there’s also a deadly tornado in the area. Will both Newman brothers make it out alive this time around? Read on for all of the latest spoilers.

According to Soap Opera Digest, there’s no sign of Adam anywhere in the house, so that’s when Nick decides to head down to the cellar. He finds Adam hiding there. Needless to say, Adam is very leery of trusting Nick, seeing how their history looks like. Yet, Nick does whatever he can to convince Adam that he’s needed right now, and especially for Faith but unfortunately, Adam doesn’t believe him. He thinks this is all a trap.

The Young and the Restless spoilers say that during their heated conversation, Nick learns something about his brother that he didn’t know before. Nick was convinced that it was Adam who tried to poison Rey Rosales (Jordi Vilasuso), but now finds that wasn’t the case at all.

When Adam finally agrees to go back to Genoa City, their situation turns dire. The brothers find out that the way they came in is now blocked with debris. Adam joins his brother and together, they manage to push their way out.

The Young And The Restless Spoilers: What’s Next For Sally Spectra On Y&R? https://t.co/O8okhYmqrx pic.twitter.com/eTOIaa4zN2

Joshua Morrow, who plays Nick Newman on the hit CBS soap, puts it this way to the publication, “Just as they are about to leave, the ceiling collapses and separates them. Adam is actually closest to the cellar doors, so he now has the ability to escape but Nick does not, so will Adam do the right thing and save Faith’s life or will he run to save his own and hide?”