The Young And The Restless (Y&R) Spoilers: Rey Thinks Adam Poisoned Him, What Will He Do? 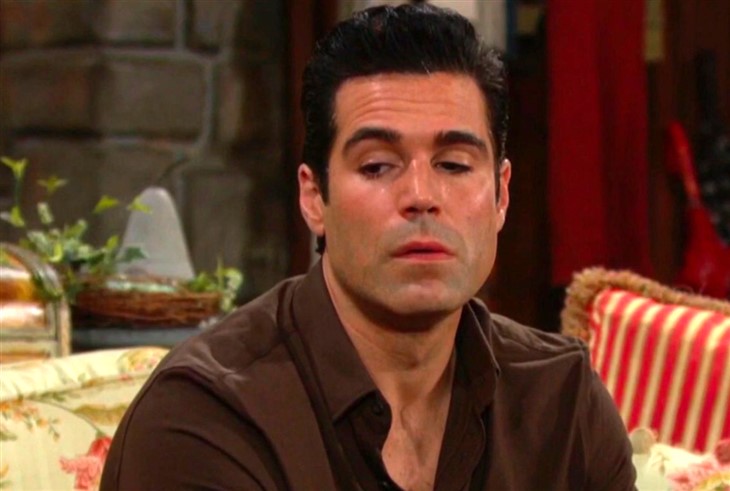 The Young and the Restless (Y&R) spoilers say that in Genoa City, Wisconsin Rey Rosales (Jordi Vilasuso) has every reason to believe that it was Adam Newman (Mark Grossman) that tried to kill him. In fact, Rey’s blood test reveal that he’s been poisoned by a deadly substance called thallium, which has left his wife Sharon Newman (Sharon Case) completely worried and unable to leave his side. With that said, Rey believes that no one in this fictional town of Genoa City has a motive to kill him except, of course, Adam. Here’s what you need to know.

According to the latest edition of Soap Opera Digest, Sharon is not only worried about her husband, but she’s also carrying the extra burden over the current state of their marriage. As many fans know by now, they’ve been at odds for a very long time now, and mostly because of Sharon’s feelings for Adam, which Rey hasn’t been very happy about.

Speaking to the publication in a new interview, Sharon Case, who plays Sharon Newman on the hit CBS soap, puts it this way, “When you are at risk of losing someone, that’s when you start really counting the ways of how much you love them and what they mean to you and what your life would be like without them. It centers Sharon and helps her to realize not only how much Rey means to her, but how much she’s been neglectful of him.”

The Young and the Restless spoilers say that as Sharon’s hope is dwindling, Rey’s eyes open and he calls out to her. For Sharon, this is a great sign that he won’t be in his coma forever, but at the same time, she knows that he’s not going to be the same. When Rey finds out that he was poisoned, he is shocked. Rey discounts each one of his doctor’s theories and believes that the only person who could be responsible for such a horrific act is Adam. This has Sharon very worried about what might happen next.

Y&R Spoilers: Did Adam Do It?

General Hospital (GH) Spoilers: Brook Lynn Uses Her Baby To Get ELQ Back