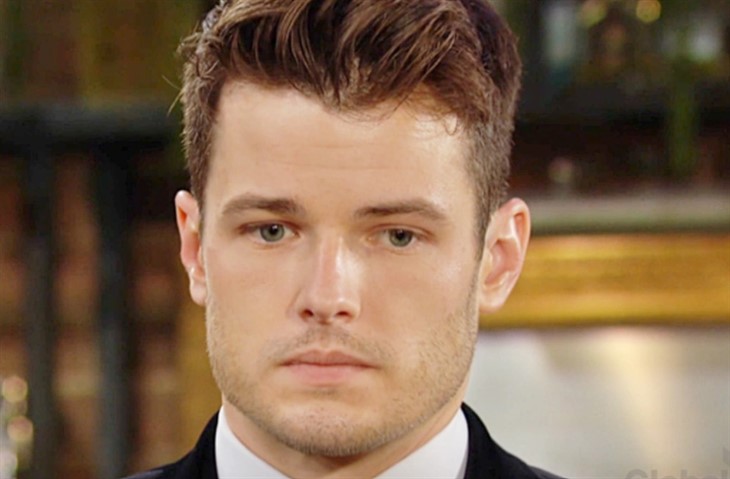 The Young and the Restless (Y&R) spoilers document that Kyle Abbott (Michael Mealor) makes a decision. He wants to pursue the paternity of the boy he has been told is his son.

So, this tale now shifts from idle to full-revolution, with Kyle’s attempt to prove that he’s the father of Harrison Locke (Kellen Enriquez). That choice impacts many lives in Genoa City, Wisconsin, with Summer Newman (Hunter King) being one of them.

Jack Abbott (Peter Bergman) is primed to learn that he may have his first grandchild. That, along with the Ashland Locke (Richard Burgi) threat, bleeds into Jabot as well.

The Young And The Restless Spoilers – Seeing Is Believing, But Not Proof

Kyle finally saw the boy Tara Locke (Elizabeth Leiner) claims is his son in-person. Summer saw Harrison at the same instant that Kyle did, with the planned engagement party at Society turning into an unexpected event.

Tara volunteered that Harrison was Kyle’s child a number of weeks ago. That came after her initial terse denial.

What’s changed is the status of Locke’s marriage, with Ashland having pieced together that Tara and Kyle were once an item. Just as Kyle doesn’t have proof that Harrison is his biological offspring, Ashland hasn’t obtained confirmation that Tyle was a brief pairing. That makes Kyle’s next step dangerous, but necessary.

The digital images Kyle saw made him long for a connection with Harrison. But actually seeing him in GC pushed all of Kyle’s buttons.

It was never going to be realistic for Kyle to simply be aware of Harrison’s existence. He’s matured significantly since returning from New York and naturally wants to have a relationship with his first-born child.

Taking responsibility involves Kyle fessing up to the connection he and Tara had. Mealor’s character also intends to pursue a paternity test. Then step three will presumably arrive, where Kyle becomes Harrison’s dad.

Tara never intended for Kyle to learn the truth. But Theo Vanderway’s (Tyler Johnson) business trip enables him to run into her and Harrison. The three-year-old’s resemblance to Kyle was too much for Johnson’s character to dismiss.

Theo intentionally wanted to put his rival cousin in a box. He knew that this dramatic news would disrupt Kyle’s world and it surely has.

So, with the plot reaching a climax point, Tara finds herself in conflict with Ashland and in need of Kyle’s help. Those soapy factors combine to create a compelling storyline that can still flow in a number of intriguing directions after paternity has been confirmed one way or the other.

Days Of Our Lives (DOOL) Spoilers: Gabi And Jake Derailed