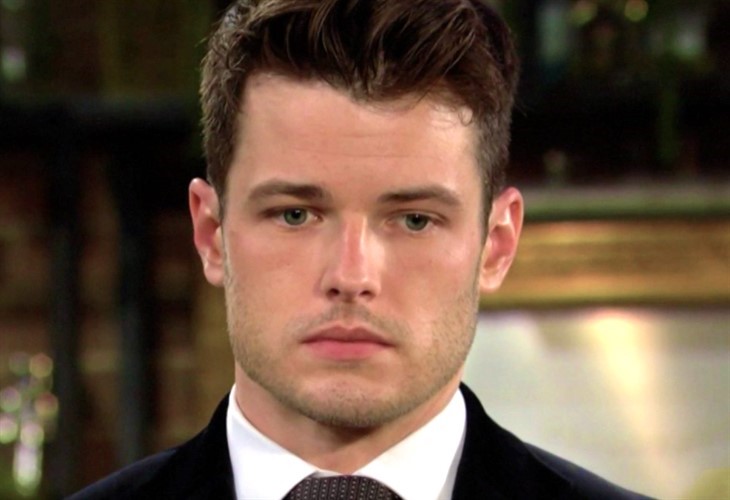 Viewers of The Young and The Restless will remember that Kyle has never said anything about having a little boy with Tara Locke (Elizabeth Leiner) to his father, Jack Abbott (Peter Bergman). Only two people in Genoa City know about this, Summer, and his good friend and confidante Mariah Copeland (Camryn Grimes). It was a shock to everyone, but especially to Kyle and Summer, when a frightened Tara walked in holding the hand of the adorable toddler. Many viewers of The Young and The Restless have thought that perhaps Tara may have been suffering some sort of spousal abuse, and future episodes may confirm this.

Tara said she had been kicked out by Ashland and had nowhere else to turn. Ashland may have cut off her accounts and she may have even left only with the clothes she was wearing and Harrison. Viewers of The Young and The Restless may have noticed he looked a little bewildered himself! Kyle will have to make a decision to step up for his son, and that means he will have to tell at least his father if no one else about his being Harrison’s father.

Considering the circumstances, even though Kyle is taking Tara’s word for his being Harrison’s father, as viewers of The Young and The Restless know, Ashland would have suspected she was having an affair long ago if she became pregnant when he and she weren’t sleeping together!

The Young and The Restless spoilers reveal apparently Ashland drug – or bullied – the truth out of Tara about Ashland’s paternity, having come to suspect an affair with Kyle even before leaving Genoa City or having his heart attack! Ashland and Tara had come one time, then went back, and then came again when Ashland had the heart attack while Victor Newman (Eric Braeden) had forced him out of reneging on their contract for Cyaxeres Media over the bogus criminal charges Adam Newman (Mark Grossman) had been facing at the time.

According to Y&R spoilers, Jack has an older son, Keemo Volien (Phillip Moon) who he found out about long after his wartime affair with his mother, so he would have no problems with being sympathetic to Kyle’s situation.

However, one thing Jack may press Kyle to do is to get a paternity test done to be sure. It is quite likely that Ashland may have had one done between himself and Harrison when he started having suspicions that Kyle and Tara had been having an affair.

Even so, The Young and the Restless recaps confirm Ashland has threatened for sole custody of Tara, likely threatening her with never seeing him again – and this may make Kyle so angry that he will do whatever it takes to make sure Tara’s boy stays with his mother, even if he has to fight Ashland in court himself and he and Tara co-parent the little guy!

Days Of Our Lives Spoilers: Ben Burns Divorce Papers, Still Won’t Give Up On Ciara