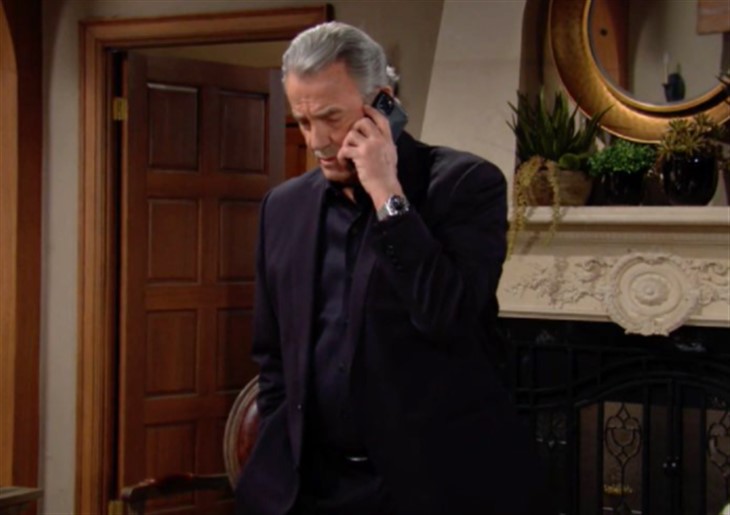 The Young and the Restless (Y&R) spoilers for Thursday, May 7, 2021, reveal Victor doing what Victor Newman does to make sure everything goes his way — for the family, of course.

Adam (Mark Grossman) managed to play hero and get help from him and Nick (Joshua Morrow) after the tornado. Heck, the brothers even shook hands and the audience nearly passed out. The pair started their rush back to Genoa City so Adam could donate a kidney to Faith (Reylynn Caster), but something must go wrong.

It seems Victor (Eric Braeden) has to cut a deal with Nate (Sean Dominic) to make sure everything goes ok with Faith. Why would there even be any doubt that Nate would do all he can to save Faith or any patient he comes across? Might this be a bit more trivial and have something to do with Moses (Dax Randall)? Or does Victor offer Nate a ridiculous amount of money we’re sure he’d turn down to ensure nothing goes wrong in surgery with his son and granddaughter?

Chelsea (Melissa Claire Egan) should have known if she was playing games with Victor Newman’s family that there was no way she’d win. Now she’s in a whole lot more trouble than she ever bargained for and wonders if she’ll even see her son again.

But don’t count Chelsea out yet. She has a few tricks left up to her conning sleeve. Chloe (Elizabeth Hendrickson) better hope it doesn’t involve her cause she may not be out of the woods yet. Rey (Jordi Vilasuso) is onto her and since he is the one who nearly died this cop may not be so kind.

The Young and the Restless spoilers say that Lily (Christel Khalil) and Billy (Jason Thompson) take a huge step in their relationship. Does one of them move into the other one’s hotel room since hotel rooms seem to be where everyone in Genoa City seems to live these days? Whatever happened to good old-fashioned apartments or houses? Don’t people want to feel they have their own homes? Stay tuned to The Young and the Restless weekdays to find out.