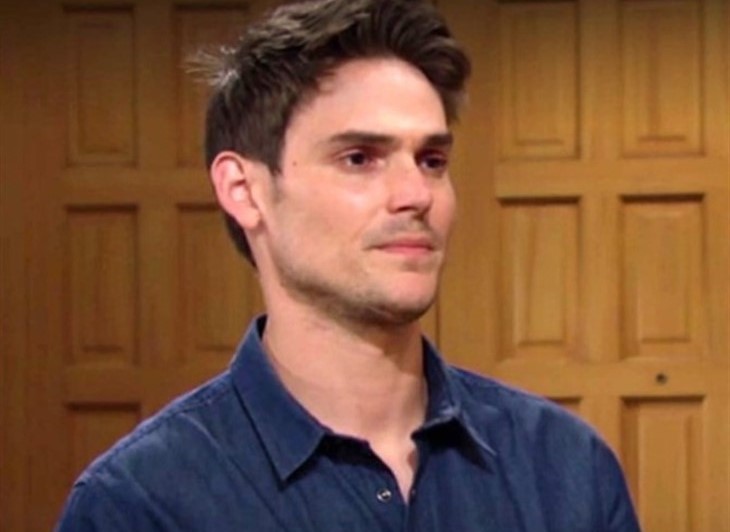 The Young and the Restless spoilers say that things are certainly going to get worse in Genoa City, Wisconsin for Chelsea Newman (Melissa Claire Egan) and her health before they get better. As a matter of fact, Chelsea’s health is already compromised because of a small cerebral aneurysm she suffered after hitting her heard while trying to escape from a stalled elevator. If that weren’t enough, Adam Newman (Mark Grossman) will make a grim discovery when he finds her lying on the floor. Read on for all of the latest spoilers.

According to the latest edition of Soap Opera Digest, Adam heads out to run an errand and returns home for a crisis. Little does he know that Chelsea had a stroke while he was gone. This is certainly going to make Adam feel much worse than he already does as he is feeling guilty enough for cutting the power to ChancComm.

Speaking to the publication in a new interview, actor Mark Grossman, who plays Adam Newman on the hit CBS soap, says that his character finds Chelsea unconscious and not responding. He calls for an ambulance and she’s rushed to the hospital. He’s now feeling more and more guilty for what he did to her.

Y&R Spoilers – Spoilers: Adam Is Feeling More Guitly Than Ever Before

When they get to the hospital, Elena Dawson (Brytni Sarpy) gives him bad news: Chelsea had a strong and her right side is completely immobile. If that weren’t enough, she can’t speak. Adam tries to see Chelsea but because they are not married, he’s denied.

Grossman puts it this way, “Chelsea is young and you think strokes happen to people who are older so it’s pretty scary for Adam. All he wants to do not is fix this but he doesn’t know how.”

With that said, The Young and the Restless spoilers say that Adam will call the one person that he knows can help him right now. Of course, Y&R fans will have to tune in this week to find out what will happen next!

The Young and the Restless airs weekdays on the CBS network. Check your local listings for times. Be sure to catch up on everything happening with the General Hospital news right now. Come back here often for all the latest General Hospital spoilers, news, and updates.