The Young And The Restless (Y&R) Spoilers: Chelsea’s Tragedy Triggers Adam – Phyllis Better Watch Her Back 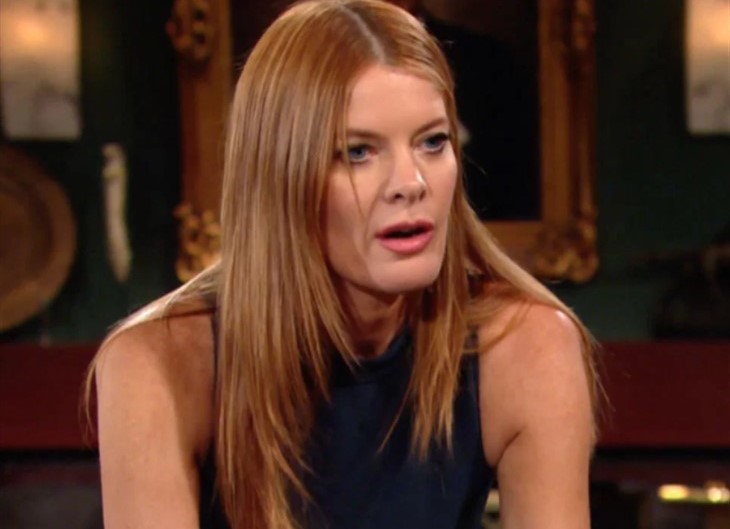 The Young and the Restless spoilers document that in Genoa City, Wisconsin Phyllis Summers (Michelle Stafford) hasn’t abandoned her old self. She’s not interested in battling longtime foe Sharon Rosales (Sharon Case) anymore. But Adam Newman (Mark Grossman) represents a different calculation and someone who she recognizes as a similar irreparable soul.

Chelsea Lawson (Melissa Claire Egan) wasn’t in total jeopardy when Phyllis snarked at Adam at Crimson Lights. But shortly thereafter Chelsea collapsed. Emergency surgery and the fallout that follows will put Adam more on edge than ever. So, Phyllis better watch out.

The Young And The Restless Spoilers – Begging Him To Help Her

As hardcore fans recall, Phyllis was begging Adam to help her bring down Victor Newman (Eric Braeden) in the recent past. She was still seeking revenge for the Marco Annicelli (Peter Bergman in a dual role) horror and believed that Adam was thirsting for payback as well. He wasn’t and basically told Phyllis to get lost.

Phyllis hasn’t forgotten that Adam brushed her off. She was able to use her position at Dark Horse to require real estate that Nick Newman (Joshua Morrow) robbed and then sold it to back to Newman Enterprises. But Phyllis wasn’t satisfied with the quarter-pound of flesh she took. Plus, Adam didn’t even care that she’d done it.

Chelsea’s aneurism surgery was presented as nothing for Connor Newman (Judah Mackey) to worry about. But Chadam’s young son has good instincts and knew that his mom was facing something serious.

The resulting rush to the hospital and need for surgery strikes Adam’s worst fears. He’s been trying to leave Genoa City, Wisconsin, for weeks. But Chelsea’s fainting spells pressed paused on the decision Adam and she made to buy a home near Connor’s boarding school. Her current status obviously keeps any move plans on hold.

The Young And The Restless Spoilers – Adam Newman Lashes Out

Other people are either the direct cause, or somehow linked to, every real, exaggerated, and imagined problem that Adam has. So, his choice to blame Billy Abbott (Jason Thompson) for Chelsea’s health crisis isn’t surprising, as that’s the person who recently created stress in Chadam’s life.

But Phyllis can become a target as well. Her provocation of Adam, on the day of Sharon’s wedding to Rey Rosales (Jordi Vilasuso), was needless.

Phyllis had no good intentions when suggesting to Adam that Sharon was his top choice and that Chelsea was second best. So, as soon as Adam has time to think straight, he’ll employ a comeback that Phyllis won’t like. She’ll have poked the bear and created trouble, when her life has been going relatively well.