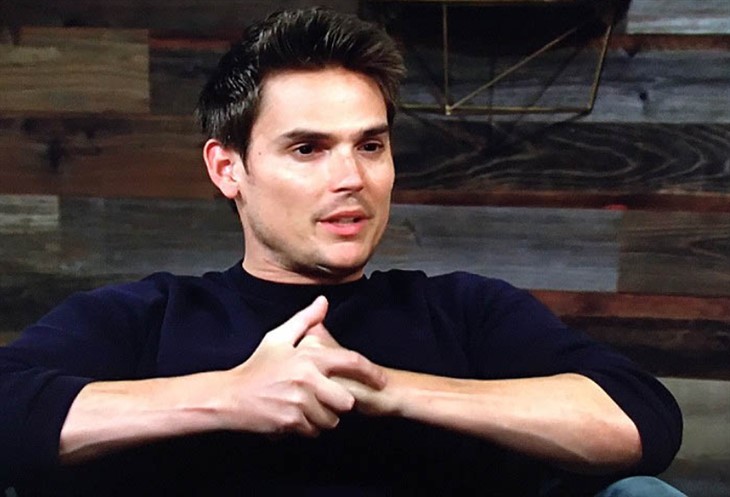 The Young and the Restless (Y&R) spoilers reveal that Adam Newman (Mark Grossman) confides in Sharon Rosales (Sharon Case). His main struggle right now is Chelsea Lawson (Melissa Claire Egan). So, that must be what he gets a reality check about. Sharon might also give him an urgent warning as his compassion takes over the reality of the complicated situation.

The Young And The Restless Spoilers – Chelsea Lawson’s Desperation

Y&R spoilers reveal that Chelsea is a desperate woman. She wants to see her son and feels that everyone is trying to take him. She keeps telling everyone she sees that it’s necessary for her to see her son. Adam understands that she misses Connor and the boy misses her too. He just wants her to be stable when the two finally have a visit.

Right before her hospitalization, she couldn’t reach Connor Newman (Judah Mackey). She accused Victor of kidnapping the boy and hiding him somewhere. Victor used that to his advantage in order to get her to confess to poisoning Rey Rosales (Jordi Vilasuso). After she was taken to the hospital, Victor called the school to make sure Connor was all right. It turned out that he was perfectly fine and in class as she should have been.

Adam just found out that all of Chelsea’s rambling has some truth to it. Victor coerced her to confess to the poisoning and she will get an insanity defense. She faked the breakdown in front of Rey and has been hospitalized ever since. When Adam clarified that Chelsea faked her psychotic break, Victor tried to explain. He made it clear that Chelsea did fake the breakdown, but she also isn’t mentally stable. However, we’re not sure if Adam really heard what he was saying.

The Young and the Restless spoilers reveal that next week, Adam will make Chelsea’s dream come true. It sounds like she gets a visit with her son, which is what she’s been asking for. Chelsea does love her son more than anything in the world. However, Victor is right about the woman not being well. As Chelsea spirals, there is no telling what she will do. She could end up traumatizing or endangering Connor and not even realizing it.

The Young And The Restless Spoilers – Sharon Rosales’ Warning

It is confirmed that during the week of July 12, Sharon gives Adam a reality check. We are sure he confides in her about Chelsea’s condition and desperation to see Connor. He might also tell her about Victor’s deal and paying Dr. Hedges (Michael Bofshever). Adam admits that his relationship is over and there is no going back. However, he also has great compassion for Chelsea. He wants the mother and son to have a relationship.

However, Sharon might remind him that this is a touchy tightrope he walks on. Due to her being a master manipulator, he needs to see Chelsea’s mental health as it really is. Compassion and remorse could cloud his judgment. So, what will Adam do now and how will he determine what is right for both Chelsea and Connor?